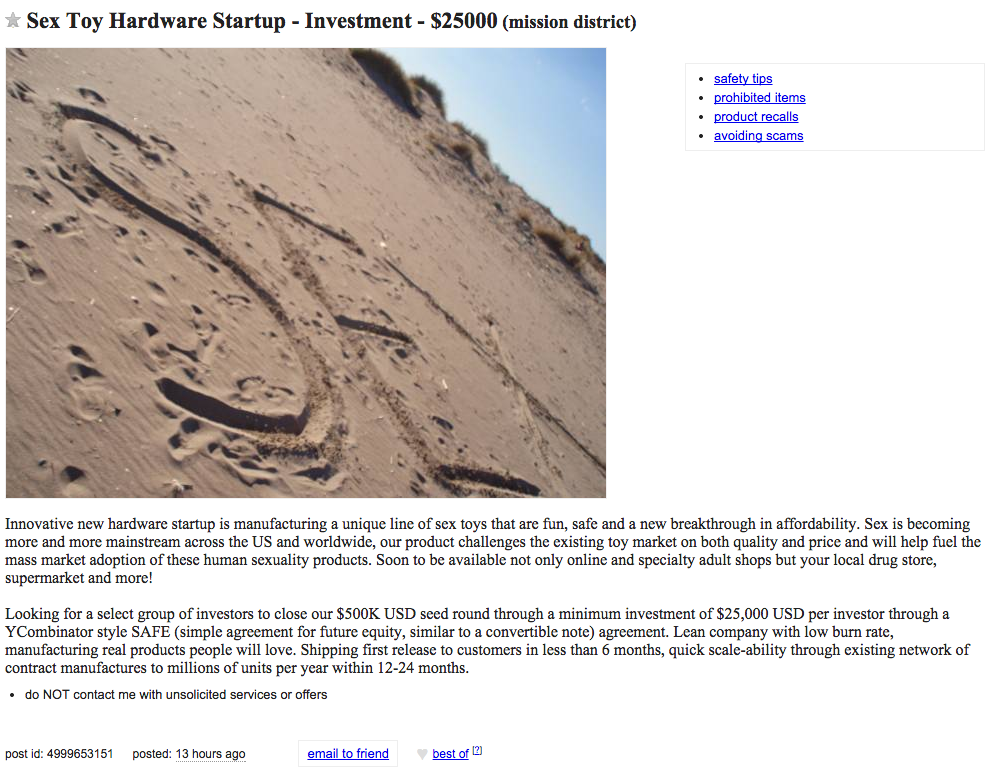 Noting that “sex is becoming more and more mainstream,” a Mission-based hardware startup has plans to revolutionize the sex toy industry – or so it seems from this unusual Craigslist ad. For a mere $25,000, the ad says, you can invest in a “human sexuality” product that not only “challenges the existing toy market,” but could soon be available in your local supermarket or drug store.

I sent an email to the company to find out more about their product but had not received a response as of late Tuesday morning. The ad says the company plans to begin releasing its product in the next six months.

Meanwhile, Good Vibrations, which made sex toys mainstream more than three decades ago, opened today, as they do every day, at 10 a.m.