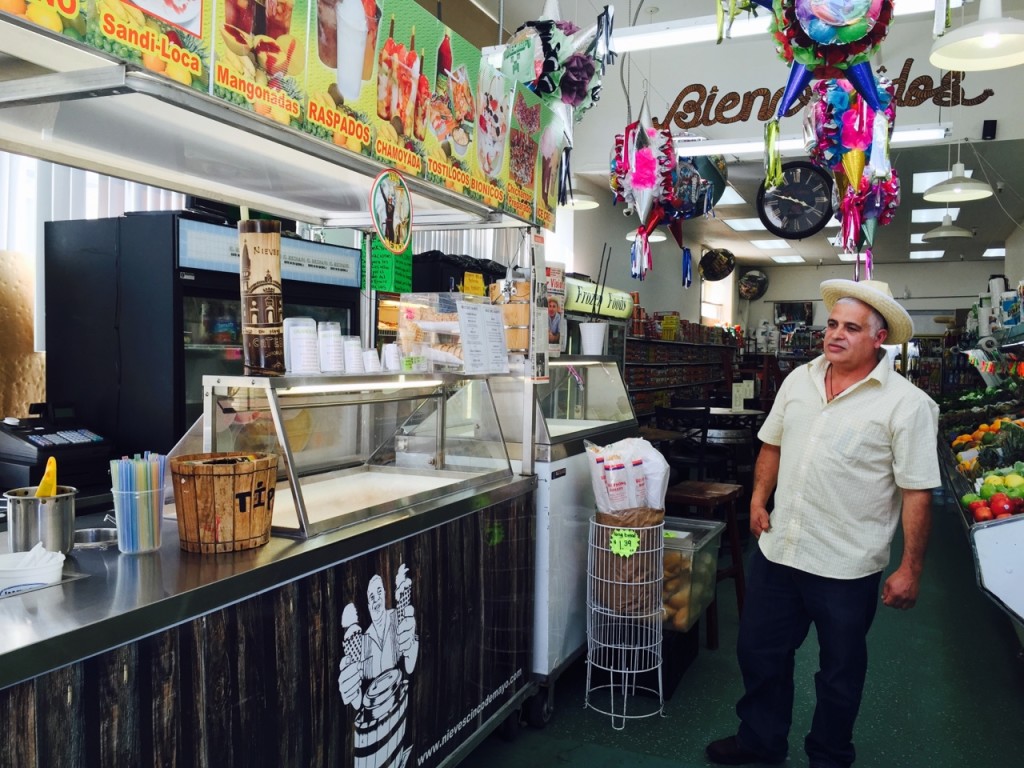 When Luis Abundis heard from his brother Jose that the building that housed his ice cream shop was on fire, he thought it was a joke.

“I didn’t believe him,” said Abundis, who soon confirmed there was nothing to laugh about when his daughter, with him at their store in Oakland, checked the news on her phone. “My daughter called me and said ‘there’s a fire in the Mission’ and she said ‘your building, look at it!’”

Abundis’ Nieves Cinco De Mayo would be one of the 36 businesses displaced when the massive fire ripped through their three-story building at 22nd and Mission streets in January, killing one person and injuring six others.

But as cruel as fate was on Jan. 28, it was soon smiling on Abundis. After inquiring about a few spaces for lease on Mission Street – and disappointment upon learning their huge price tags – a friend offered Abundis space at the front of one of his stores. The two had grown up in the same tiny town in Mexico, San Juan del Monte, and the friend even agreed to defer Nieves’ rent, as needed. In exchange, Abundis and his nephew now also manage La Loma Produce #14.

Nieves moved to the market, on 16th between Valencia and Mission streets, on Jan. 31. Steadily, word has been getting out to the old customers.

“Every day, it’s improving,” added nephew Edgar Abundis, who said a March 24 fundraiser at Cava 22 for businesses affected by the fire also helped them reconnect with a 30 or 40 old customers. “They came and asked, ‘where have you guys been?’

Abundis first set up shop at the Fruitvale Market in Oakland in 2007, selling an array of ice cream made with fresh fruit, although Nieves is known for mangonadas, an iced mango dessert with chili powder. They opened the San Francisco location in summer 2013.

It took about a year to get their business going inside the Mission Market at 22nd and Mission, Abundis said. Things had been good and no rain in January meant solid sales. And then the fire happened.

“We didn’t think it was going to be that big. We just kept an eye on the news the rest of the night and saw it’s gone, everything,” he said.

Investigators determined the fire started inside a wall of the building and could not rule out an electrical fault, according to San Francisco Fire Department spokeswoman Mindy Talmadge. According to media reports, the total damage was about $8.6 million.

The San Francisco store accounted for about 40 percent of Abundis’ business. Fortunately, they’ve been able to salvage more than half of their former equipment including a freezer, chairs and tables. Abundis said he also has been contacted about participating in a mercado that’s planned for the Castro.

Although business has been picking up and he’s adjusting to his new space Abundis said he misses the camaraderie at 22nd and Mission. Two Decembers ago, the businesses inside Mission Market had an event together for La Posada, a Latin American celebration that commemorates Mary and Joseph’s search for shelter before Jesus is born. In November, everyone was also invited to do something for Day of the Dead.

“We tried to make a community inside,” he said.