Gripe with artist results in vandalism at second Mission mural 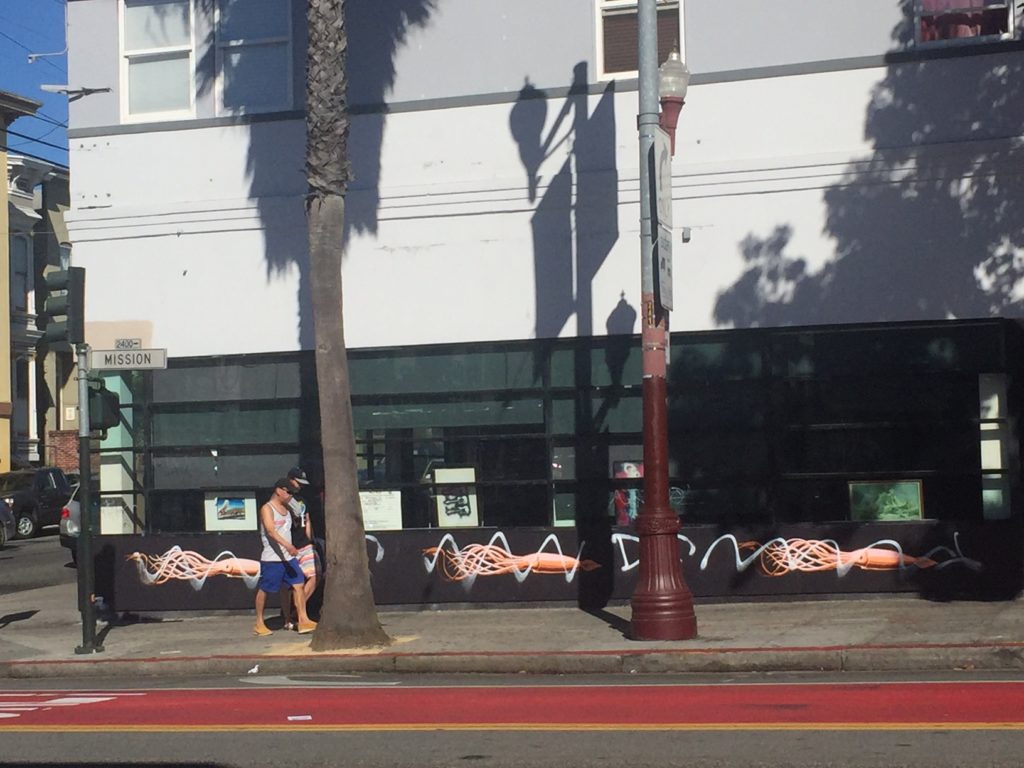 A tagger who has been using spray paint to express displeasure with a Mission mural appears to have chosen a new target: the same artist’s work on a building one street over.

The stencil art of sea turtles along one side of the PG&E substation at 19th and San Carlos streets has been repeatedly tagged including with the words “Latino art only.”  On Sunday, a series of squids painted along 20Mission, the tech hostel at 20th and Mission streets, were crossed out along with artist fnnch’s signature. Some of the squids had been put up days before according to a post on fnnch’s Instagram account.

In an email this morning fnnch said he’s sure all the vandalism is the work of one person. While he hadn’t yet had a chance to repair the squids, he said he planned to and doesn’t “see any reasonable option for myself but to keep maintaining these walls.” Here’s what else he had to say:

I can’t let one person terrorize me out of creating artwork. The owners like the art and the neighbors like the art. I also don’t live my life based on the approval of single individuals, particularly someone whom I suspect is an angry 16-year-old boy with a racist and nativist world view. Though I do apparently allocate my time based on his whims.

Overall I’m frustrated, but one thing I’ve come to believe is that hate is not the opposite of love — apathy is. That my art can provoke such a strong response in someone is a sign I’m on the right track, doubly so because the content itself is non-controversial (unlike say, political art). As legendary music producer Rick Rubin said, “the best art divides the audience.”