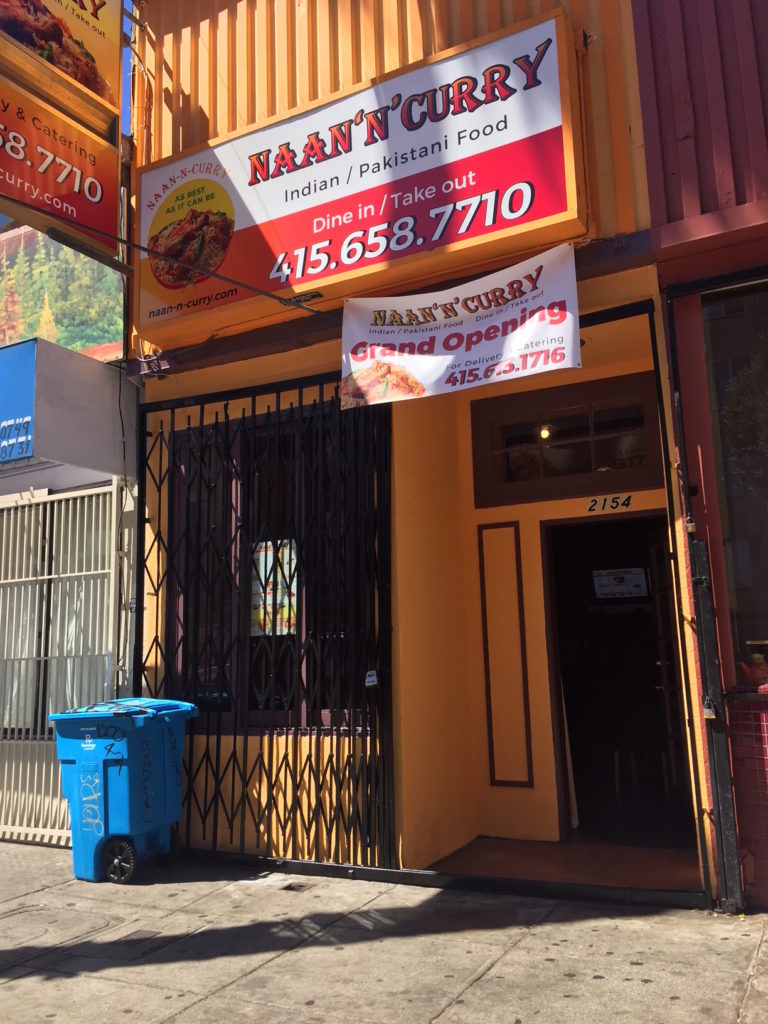 Once on track to reopen as a soup-centric restaurant, the tiny Mission Street space that was once Minako Organic Japanese Restaurant is becoming a Naan ‘N’ Curry.

Signs have already gone up for the Indian and Pakistani chain restaurant at 2154 Mission St., and it looks to be opening soon. A visit early this week found crews still working inside.

Minako, which had been around for 15 years, closed in April 2015 after losing its lease. Pete Mrabe, of North Beach’s Don Pisto’s and Chubby Noodle, was planning to open a restaurant in the space called “Posole” but listed it for sale on Craigslist in June, noting that a partnership had disbanded.