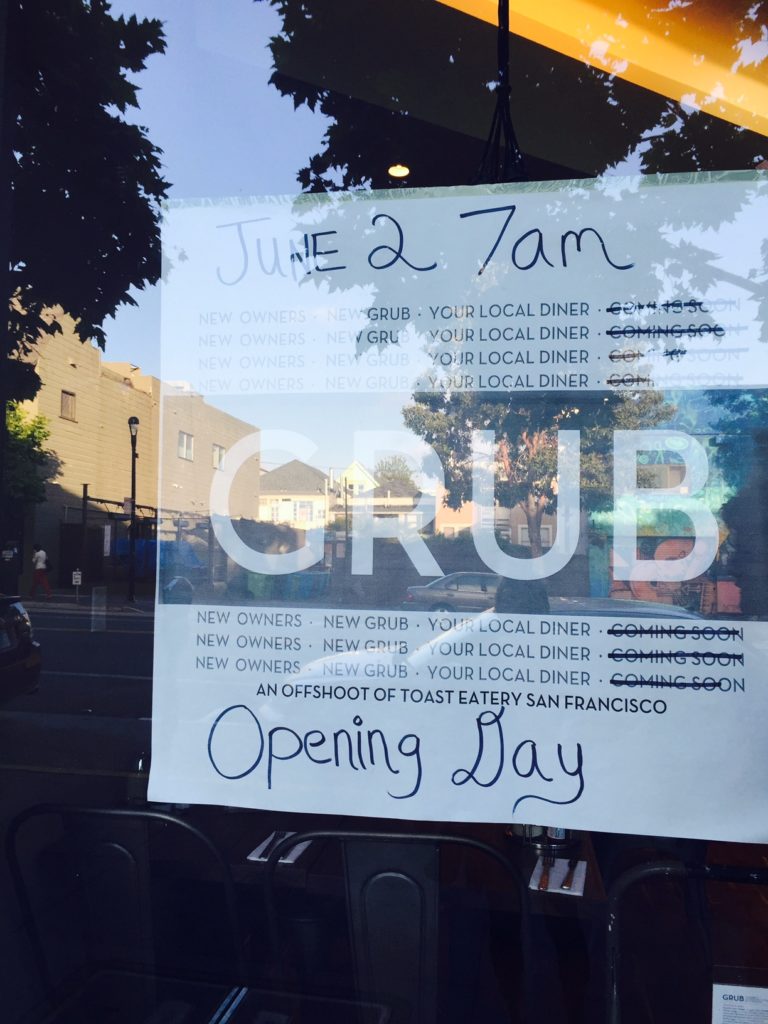 A sign that was posted in Grub’s window when it reopened last summer.

Your brunch options in the Mission just got significantly slimmer. Two local spots, Radish and Grub, have recently shut their doors.

It’s unclear when either of the restaurants closed exactly. A walk by both locations over the weekend found the doors of both spaces locked but no signs posted announcing their closure.

Capp Street Crap previously reported that Radish, at 19th and Lexington streets, was for sale which still seems to be the case based on a listing on LoopNet. In an email in July owner Emily Summers said that a number of factors had made it hard to do business in the city including the high cost of labor.

Radish’s Yelp page shows the restaurant as “permanently closed” but an email sent to Summers on Monday asking for more details was not returned.

Mission Local reports that Grub, at 758 Valencia St., closed sometime last week. The restaurant has just reopened a little over a year ago, in June of 2015.