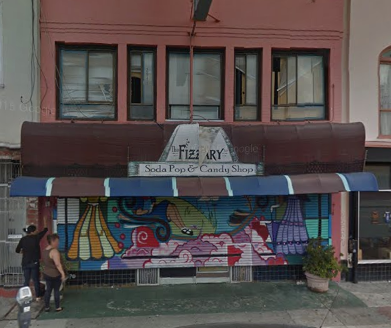 The business owner who says he unwittingly subleased his Mission Street storefront to an illegal gambling operation has agreed to be evicted.

Taylor Peck, who used to run The Fizzary soda and candy shop at 2949 Mission St., said he agreed to an immediate judgment for eviction, approved by a judge on Monday. While Peck’s lease is terminated and he must clear out a portion of the building where he’s been living, it’s unclear how long it will take to remove the subtenants, accused of operating an illicit after-hours club.

James Millar, the attorney for building owner Roberto T. Sanchez, has not responded to multiple emails seeking comment. But Peck said it looks like the subtenants could remain in the building well past New Year’s.

Facing the expense of paying an attorney to defend his lease, and the potential of having to cover his landlord’s attorney fees, plus the close to $15,000 in rent the subtenants have not paid, Peck said, “it just made sense to settle with them for a clean break.”

Peck said his vacating the building could allow the landlord to submit an application for a sheriff’s lock-out on the building. Although the San Francisco Sheriff’s Department does evictions on Wednesdays, it has a moratorium on them over the holidays, according to agency spokeswoman Kenya Briggs. Deputies won’t be doing them on Dec. 23 and 30 but will resume on Jan. 6.

Peck said he can’t blame Sanchez for evicting him, noting that authorities seemed unwilling to shut the place down and it seemed like the only option left to get the nightclub operators out. Still, he described his eviction as “devastating.”

“All so that the organizers can enjoy a mediocre after-hours hangout, in an uninspired setting, for a handful of unwelcome individuals,” he wrote in an email. “It’s truly a disgusting tiny racket these people are participating in, but their wake of destruction is huge. Upset and [disappointment] with them is an understatement.”

Since the subtenants began leasing from Peck in early September, supposedly for a vitamin business, there has been a shooting, police raids and numerous noise complaints tied to all-night parties in the building, between 25th and 26th streets. A court document filed in connection with a search warrant executed after the Oct. 17 shooting said that police seized five illegal gambling machines, hundreds of bottles of alcohol, documents showing illegal alcohol sales, two broken locks and a passport from the property.

Since then, Peck tried to bring in a new tenant wanting to open at art gallery and visitors’ center. But the landlord did not respond to his proposal, Peck said, and the subtenants reneged on an earlier agreement, demanding more money to move out.

Frustration and concern about a gasoline generator being used indoors led Peck to vandalize the outside of his former business last week with graffiti that called out the fire and police departments and California Department of Alcoholic Beverage Control and said, among other things, “danger,” and “illegal club.”

Peck said he’s made numerous calls to police and shared emails he sent to authorities, and called it “baffling” that the police have not reached out to him further to discuss what’s been going on in the building.

Although he confirmed that Peck filed a recent police report, Officer Carlos Manfredi, a spokesman for the police department, said he has not made himself available to talk to investigators.

Police are aware of the neighbors’ frustrations with the club and have stepped up patrols of the area, Manfredi added.

“I know our officers are documenting every single time they get a call,” he said.

Peck’s graffiti is now gone, painted over by the landlord. But problems with 2949 Mission Street appear to continue. According to an incident noted on the police department’s CrimeMAPS website, at around 1:53 a.m. Monday, the day Peck’s eviction was formalized, police got a call to the 2900 block of the Mission Street. “Call For Service: NOISE NUISANCE,” it said.