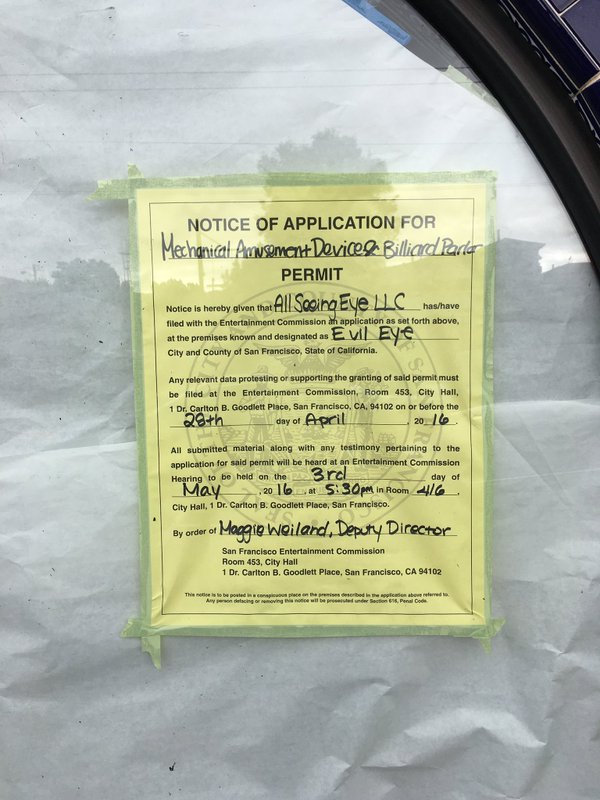 Soluna partner Matt Norris is opening a “cocktail-driven” restaurant and bar called Evil Eye in the Caribbean eatery’s old space near 25th and Mission Streets, possibly as early as the end of May.

Norris, who was also Soluna’s former bar manager and a partner at the now-closed 50 Mason Social House, said Evil Eye will have a small-plates–focused menu and lean “a little more toward the bar side of things.”

Though he won’t yet reveal who’s working on the menu, Norris and his wife Piper, who is doing the interior, are shooting for “sort of a more neighborhood-friendly casual place.

“We’re trying to keep the prices down,” he said.

Norris has applied for a permit to have a pool table and two pinball machines in the space, according to Maggie Weiland, deputy director of the San Francisco Entertainment Commission. The application materials say the restaurant will be open seven days a week — 3 to 10 on weekdays and 3 to midnight on weekends.

Home to the music spot Savanna Jazz for years, 2937 Mission St. became Coco Frio in 2015. The restaurant was open for only five months before owner Manny de Torres Gimenez decided to sell, motivated in part by a fire at his other restaurant, The Palace.

A hearing on Norris’ permit application is scheduled for May 3, although if the police department and planning commission sign off on it before that, the matter will placed on the Entertainment Commission’s consent calendar for approval, Weiland said. So far, there has been no opposition.