Savanna Jazz undergoing renovations, appears to have been sold 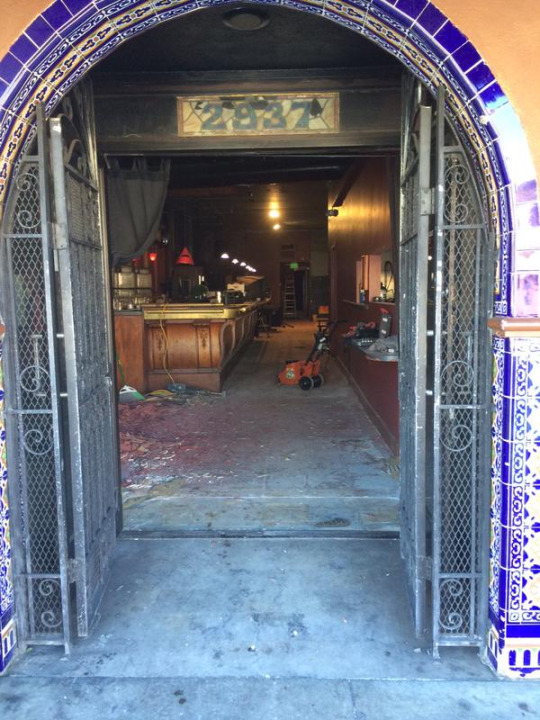 SECOND UPDATE: Information provided by an ABC official suggests the new owner may not be planning to continue to operate the Savanna Jazz space as a live music venue.

John Carr, an ABC spokesman, said looking at their file there doesn’t seen to be any restriction on entertainment for that space. However, the applicant on the license transfer did not indicate he’s going to have live music.

“At this time the applicant has stated they are only going to have ‘recorded music,’ but that doesn’t mean they are restricted to only that,” Carr said.

UPDATE: A note on Savanna Jazz’s website says the club is in the process of relocating although there are no other active ABC permits in the club’s name.

ORIGINAL POST: Although its sale had been looming since 2013, cozy Mission jazz venue Savanna Jazz looks to be gone for good.

On Friday morning, Eric D told me workers were doing what appeared to be major work inside the club, on Mission between 25th and 26th streets. California Department of Alcoholic Beverage Control records show a pending license transfer to a business called Coco Frio.

The club made the announcement it was on the market way back in 2013, but it’s unclear when Savanna Jazz officially closed. The last event listed on the club’s Facebook page was a May 31 performance by Savanna Jazz owner Pascal Bokar’s band, the Pascal Bokar Group.

It is unclear whether the space, at 2937 Mission Street, will remain a music venue. The club’s phone number no longer works and as of late this afternoon, no one had responded to a message sent to Savanna Jazz’s email address.