For the second day in a row, a fire in the Mission 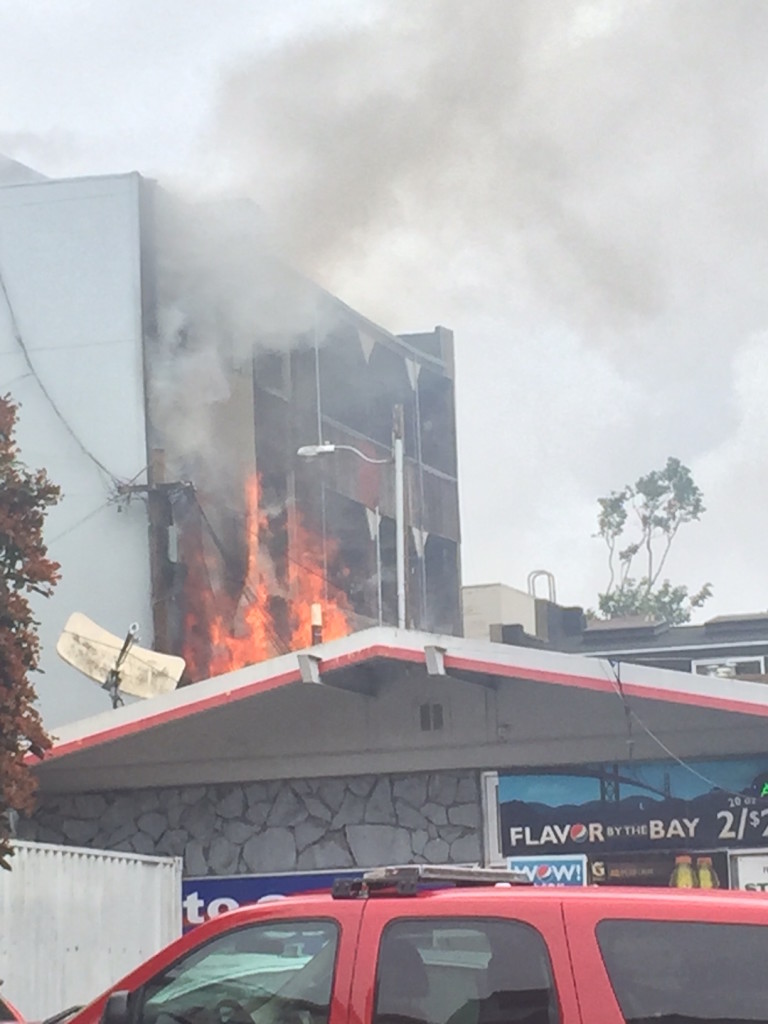 A day after fire damaged two 17th Street apartment buildings, firefighters again found themselves battling a blaze in the Mission this morning.

The two-alarm blaze broke out just after 9:30 a.m. in a four-story residential building on San Jose Avenue near 24 Street, according to a fire department spokesman. Two firefighters sustained minor injuries in the blaze, which affected 141, 143, 145 and 147 San Jose Avenue.

Twenty one residents were impacted but it was unclear as of this morning how many had been displaced.