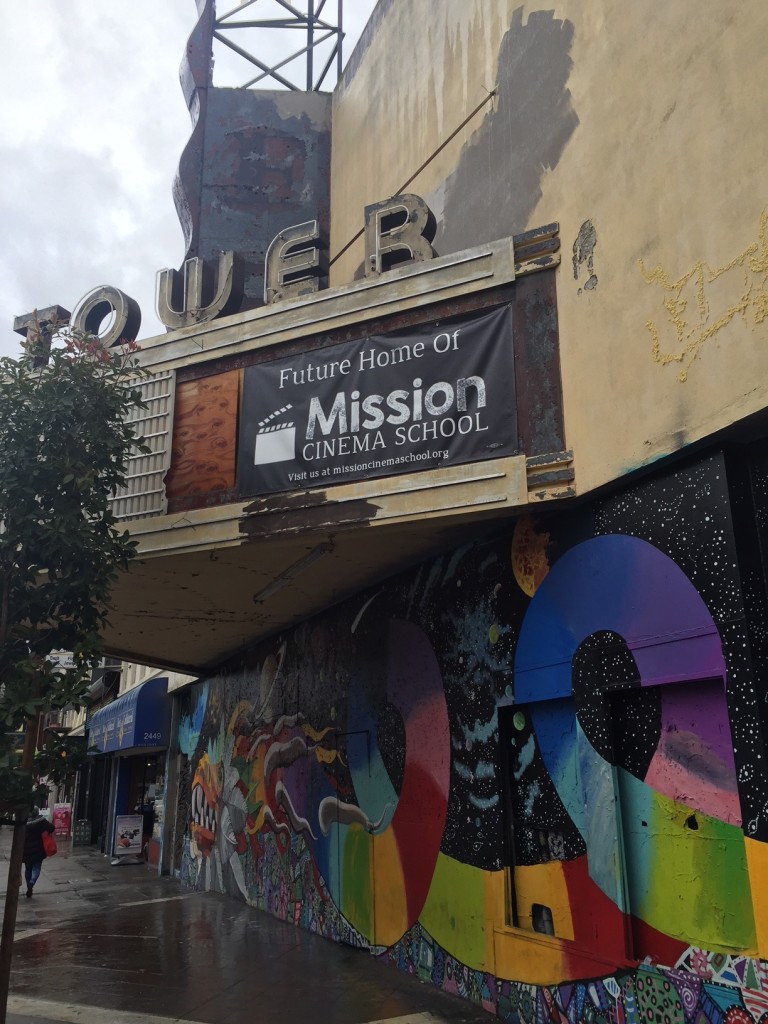 Less than a month after the new Alamo Drafthouse movie house opened, plans are getting underway to bring another old Mission Street theater back from retirement.

In recent weeks, signs have been hung across the timeworn marquee of the former Tower theater at 2465 Mission St., declaring it the future home of Mission Cinema School. The project aims to create a state-of-the-art movie production facility that will ultimately be donated to City College of San Francisco.

Rodrigo Santos, structural engineer for the project – and for the Alamo Drafthouse at the New Mission as well – served on City College of San Francisco’s Board of Trustees. A principal at the Mission-based structural engineering firm Santos & Urrutia, Santos is self-described movie buff whose mother was a film critic in Mexico City.

Santos also has another motivation for the project — his love for the city.

“San Francisco has been a very generous city to me,” he said. “At some point you have to start thinking about your legacy. I’m 57 years old. I might as well start now.”
Plans call for increasing the height of the 1911 building to six stories and digging out basement space. The goal is to raise $14 million, according to project director Todd David, who said it could take 12 to 18 months just to get through the approval process.

In the meantime, David, Santos and architect Leonardo Zylberberg have been meeting with various community groups to fill them in and answer questions.

“We want feedback and want this to be a really collaborative effort,” said Todd, a community activist who led the effort to turn a 24th Street lot into Noe Valley Town Square. 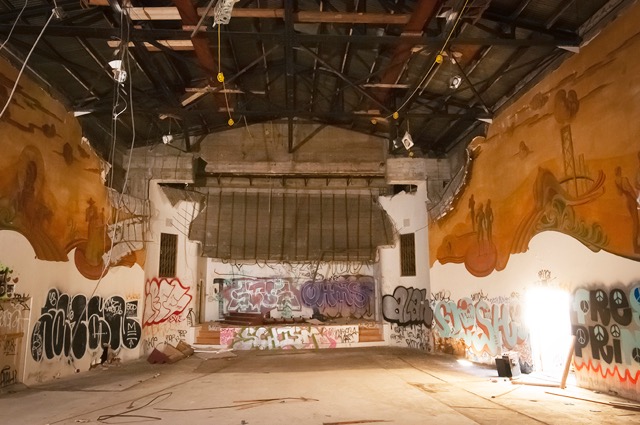 The inside of the Tower Theater last fall. Photo by Catherine McMillan.

In addition to a new theater, plans for the school include a coffee shop on the ground floor, with mixing, editing and other production space, classrooms, computer labs, and a cafeteria upstairs. A sound stage, green room, and storage space will occupy the school’s basement, which will require significant excavation.

Currently, the 400-plus students in City College’s cinema department use space at the main Ocean Avenue campus, which Santos called “totally inadequate.”

Not only will they have better digs, but students will get to screen their films on Mission Street.

“Some of the films will be shown on the marquee,” Santos said. “Really cool stuff.”

If approved, the Tower would be the third Mission Street theater brought back as an arts space in recent years. Art and technology theater Gray Area opened in the former Grand Theater space near 23rd Street in 2014.

David said given all that’s been going on, the timing couldn’t be more appropriate.

“It just feels like a great fit for what’s happening there,” he said.

Want to learn more about the Mission Cinema School project?  Check out the architectural drawings below.