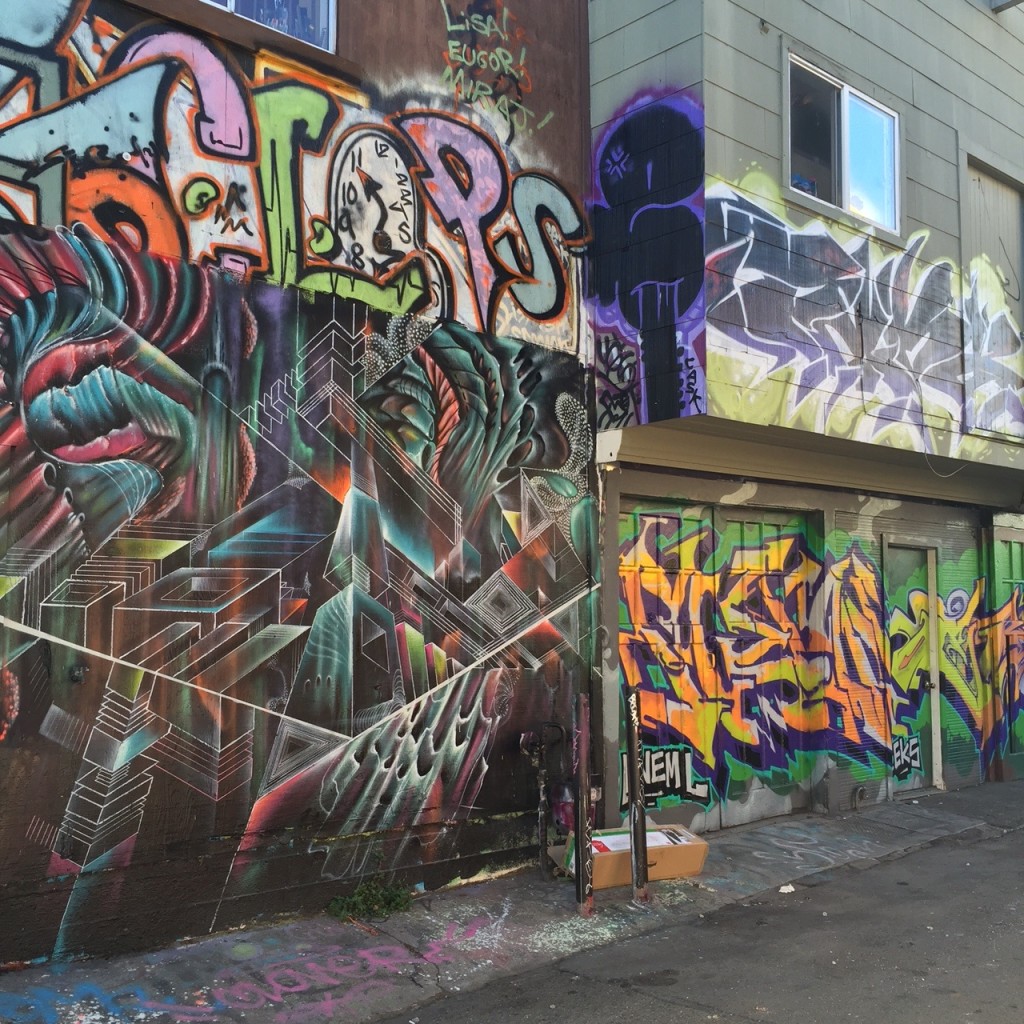 Art on Lilac Alley, which runs behind the former Fizzary soda shop.

After months of all-night parties and allegations of illegal gambling, a proposal is being floated that could turn a troubled retail spot into an art gallery celebrating the Mission’s murals.

Lisa Brewer, a founder of Mission Art 415 and The Lilac Mural Project, said she’d like to turn the space, on Mission Street near 25th, into an urban fine arts gallery and visitors’ center showcasing 15 fine artists and the art of numerous street artists that has appeared along Lilac Alley.

Brewer sees the proposal as “win-win,” for artists and neighboring businesses alike. But so far, the owner of 2949 Mission St. does not seem to be biting.

A former soda shop turned alleged gambling den, 2949 Mission St. has been the site of a shooting and sparked a barrage of complaints since September, when The Fizzary’s owner Taylor Peck said he subleased to a couple claiming to need more space for their vitamin business. Although he said he got permission to do so, Peck is now getting evicted, with his landlord under pressure to do something about his new problem tenants.

Efforts to reach owner Roberto T. Sanchez were unsuccessful. His lawyer James Millar did not respond to emails seeking comment.

Peck, whose beverages would be sold at the gallery and visitors’ center, said he has got the subleasees to agree to move out within 24 hours, provided they get their first month’s rent back from the landlord. As a backup, Peck has filed paperwork to evict them but ousting the subtenants could take months.

“I accept the blame for letting them in, but I also created a solution,” he said.

Peck said he’s been working to get the support of neighboring businesses. But numerous emails to Sanchez and his lawyer have been getting no response.

“There’s a plan on the table and everyone’s acting like it’s not there,” he said.

Despite the Oct. 17 shooting, which left one person with a gunshot wound to the leg, and subsequent police raids on the property, the subtenants have continued operating, seemingly undeterred, according to Peck, who lives in the building.

After authorities seized gambling machines from the property, more were brought more in, he said. What’s more, the illicit nightclub has continued to run seven days a week, from 2 a.m. to 9 a.m. on weekdays and 2 a.m. to noon on weekends. A recent walk by the property found a person-sized hole had also been cut through the front security gate.

“Let’s get these people out. That should be our only focus,” Peck said. “Someone [else] is honestly going to get either hurt or killed.”

Brewer said she could move quickly to get the gallery up and running “with a lot of bleach and a lot of sage” but wouldn’t do so with Peck’s eviction hanging over the property.

If given the go-ahead, she said she’d like to work with San Francisco travel and tourism organizations to promote local shops and restaurants and ideally helping them to better weather rising property costs in the neighborhood.

“There’s a lot of change happening in the Mission,” she said. “Change doesn’t mean you have to always eliminate what makes it great.”

In addition to helping guide tourists around the Mission, the visitors’ center would lead mural tours of Lilac — which runs behind the business — as well as Cypress and Osage streets, Brewer said. Fine art in various mediums and prints of local street art would also be for sale.

The idea would both eliminate an immediate problem and benefit the area in the long term, she said.

“It helps the artists, it helps the [business] owners. I think everyone wins.”