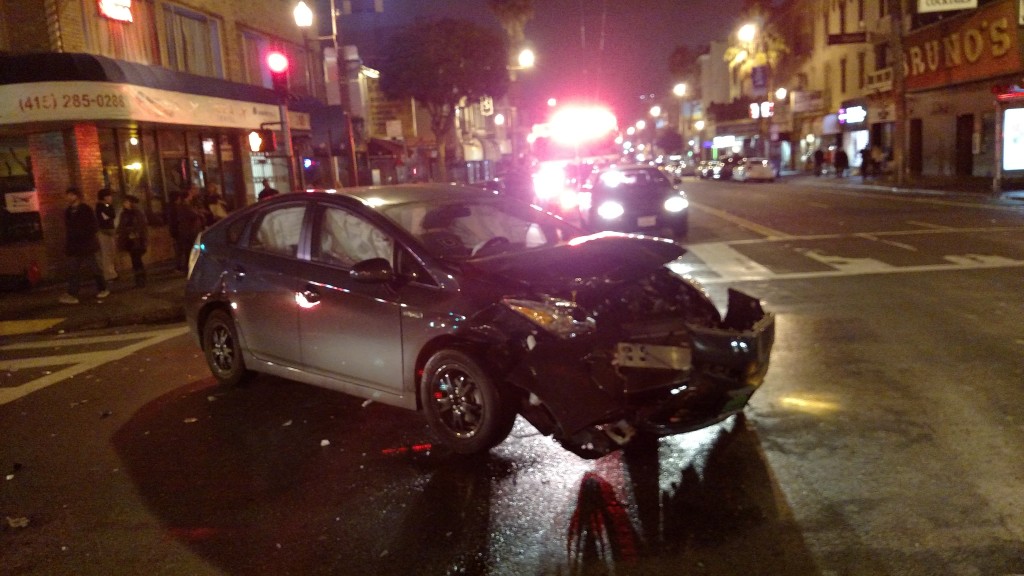 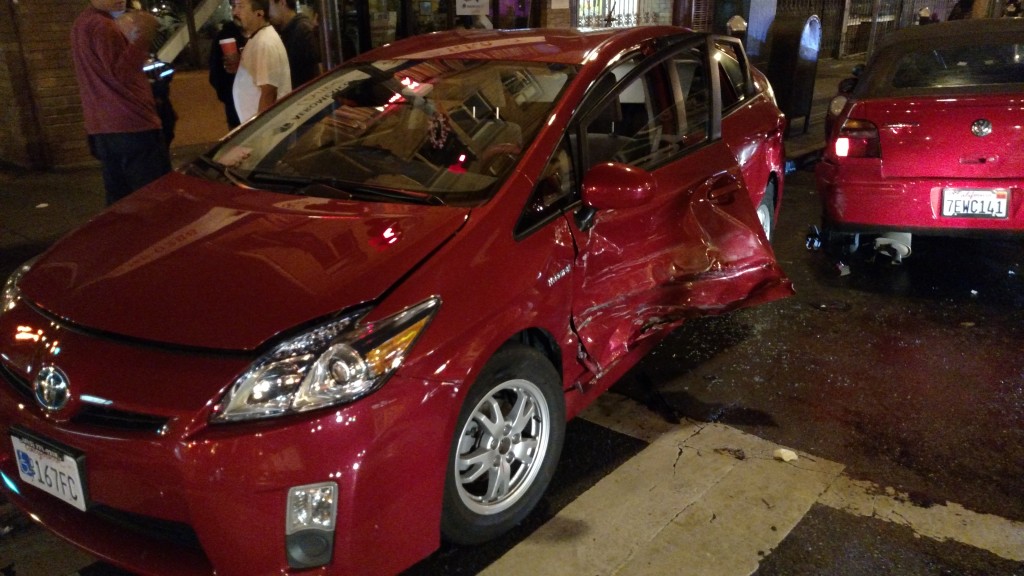 Friend of Capp Street Crap Jeff witnessed the aftermath of a bizarre hit-and-run crash on Mission Street Sunday night in which a Volkswagen Golf collided with not one, but two vehicles for different ride sharing companies.

According to a witness Jeff spoke with following the 8:30 p.m. crash, the red Volkswagen was headed west on 20th Street when it ran a red light, crashing into an Uber, which had the green light and was going north on Mission Street. The Golf then careened into a Lyft that was parked on a northwest corner waiting for a customer before striking another car parked behind the Lyft. The two men in the Golf immediately took off on foot and what appeared to be an open bottle of alcohol was spotted in their vehicle.

San Francisco Police Dept. spokesman Carlos Manfredi said he could not confirm whether two of the drivers involved worked for Uber or Lyft because victims’ information is kept confidential but said the driver fled and was not arrested at the scene.