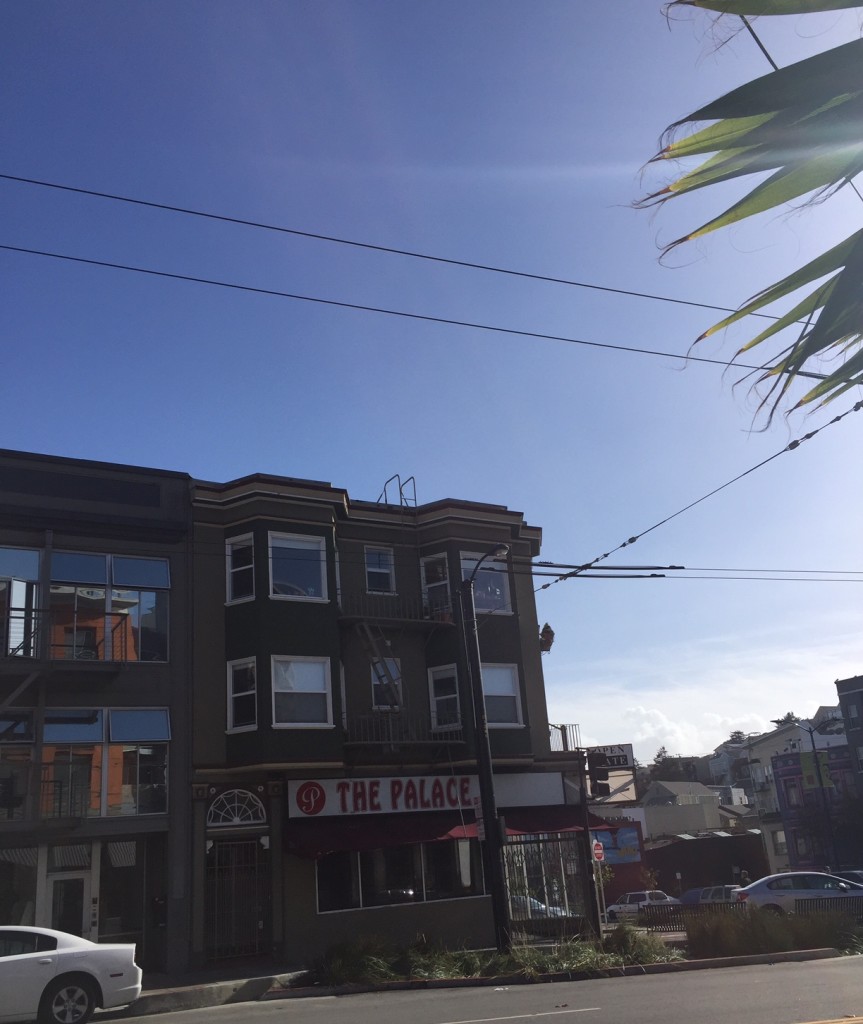 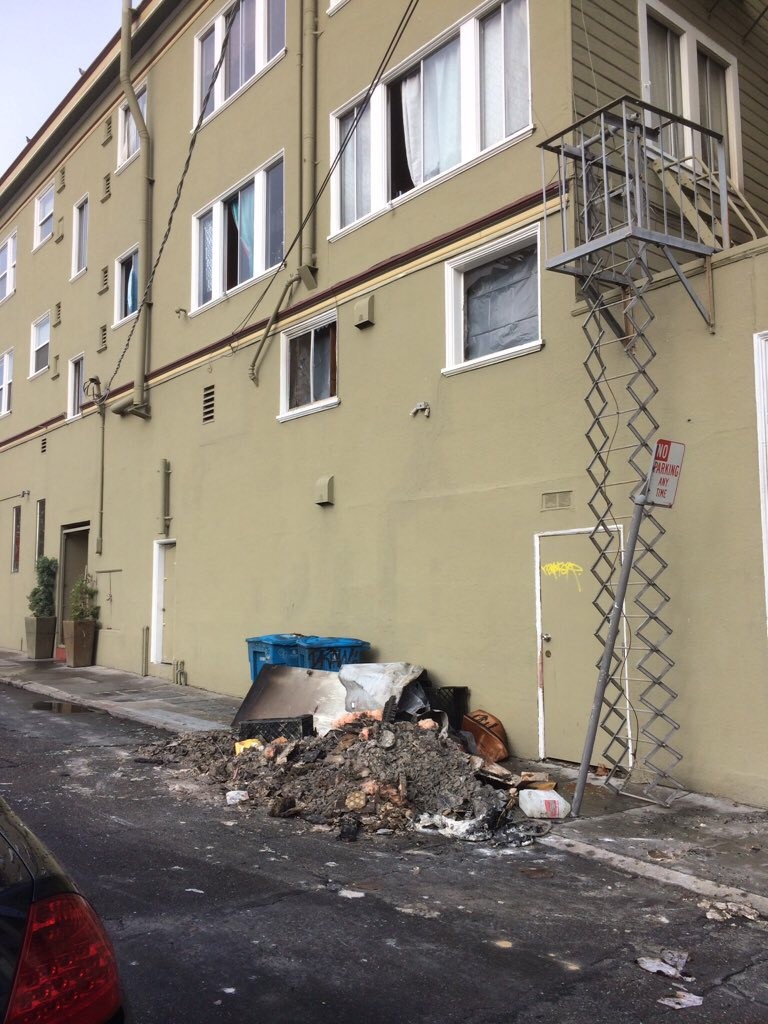 Two people were rescued after a fire broke out early this morning at the former site of the Palace Steak House, fire officials said.

At 3:24 a.m., firefighters were called to 3047 Mission St., a mixed-use building near Cesar Chavez, where they rescued two people trapped on a second-floor balcony using a 22-foot ladder, according to a post on the San Francisco Fire Department’s Facebook page. While no one was injured in the two-alarm blaze, 10 people were displaced and are receiving help from the Red Cross.

The fire was at the back of the building and extended to the roof, the post said. Firefighters remained on the scene until about 7:30 a.m.

Attempts to reach Manny Torres Gimenez, the owner of the restaurant now known as The Palace, this morning were unsuccessful. A visit to the building this morning found windows on the Capp Street side broken out and a pile of burnt materials from inside the building piled on the sidewalk.

The cause of the fire is under investigation.