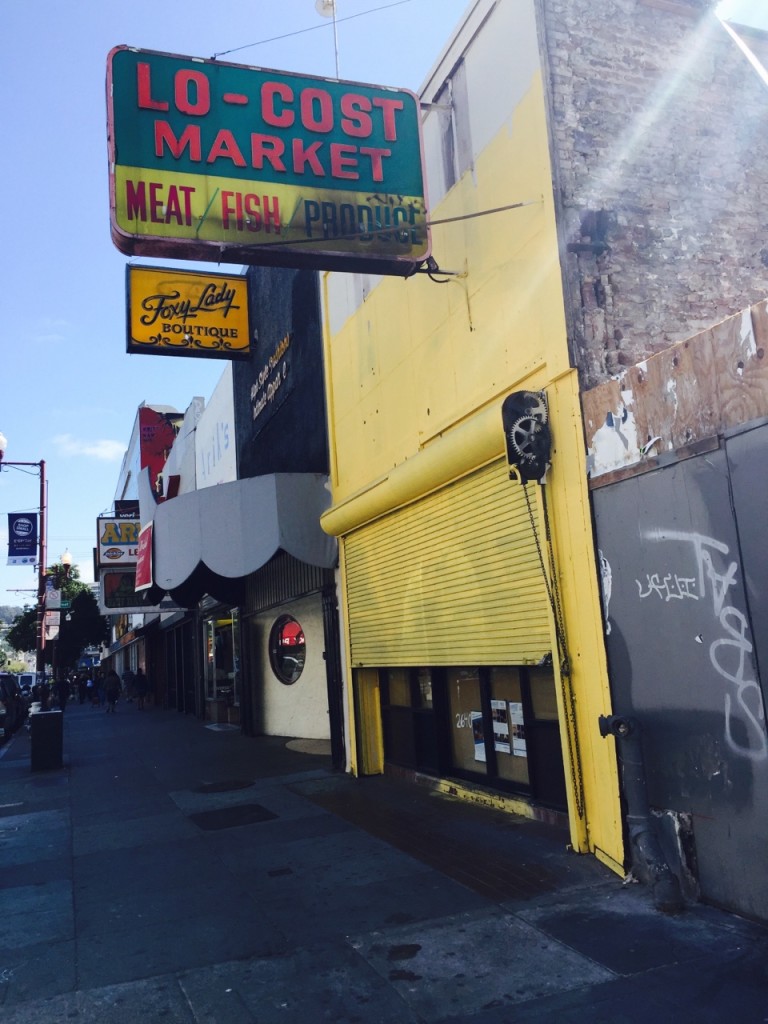 Abandoned by its former tenant after a fire last year, a one-time butcher shop on Mission Street is being reinvented as a woodworking studio for kids.

The Butterfly Joint, slated to open next month at 2640 Mission St., will host woodworking camps this summer and, soon after, classes for children four and up. Named for a type of woodworking joint, the studio will offer instruction in traditional joinery techniques and sell take-home projects, kids’ tools and aprons.

Founder Danny Montoya leased the space in March, which had been vacant since cyber cafe The Network Store moved out following a huge fire that broke out next door on Sept. 3. The five-alarm blaze destroyed neighboring Big House discount store, which has since been torn down. The cafe also lost most of its equipment to smoke and water damage. 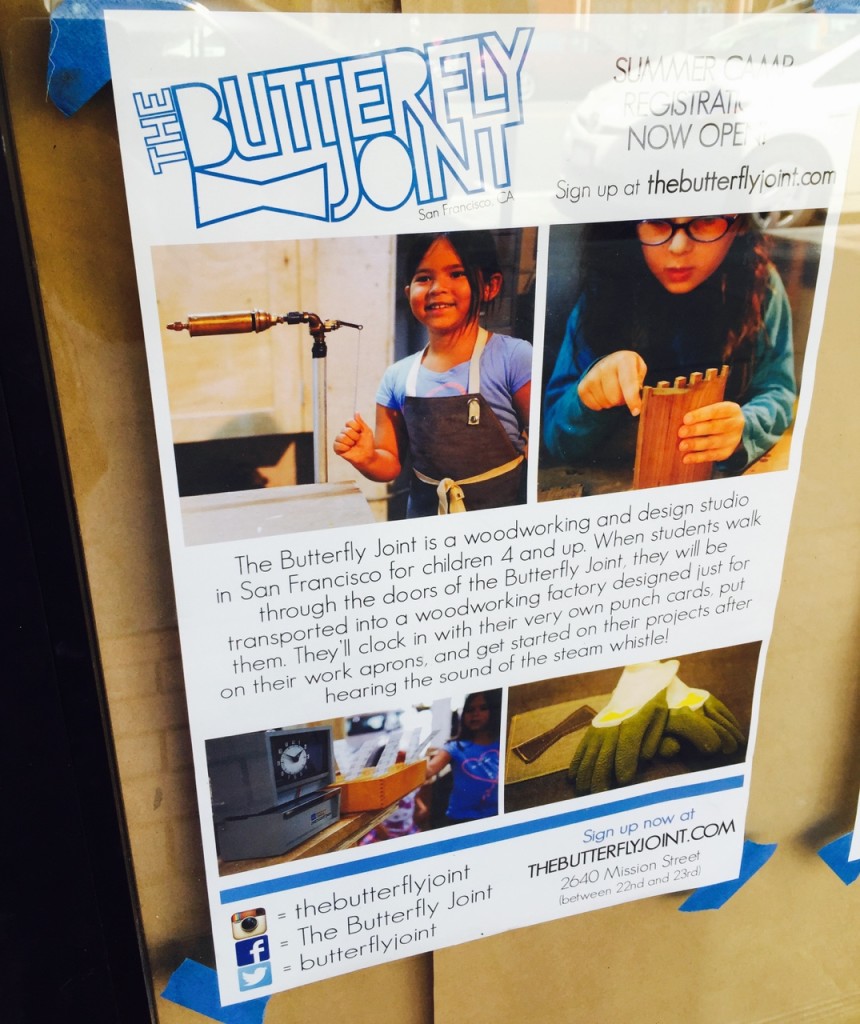 A flyer in the new Butterfly Joint’s window.

Montoya said there was little fire damage evident when he moved into the space; the bigger hurdle was dealing with a 300-square foot remnant of the old butcher store that was there for 25 years.

“It was just bonkers in here. There was a giant walk-in freezer in the back,” he said.

Montoya, who left a job teaching elementary school in San Francisco in 2012 to do woodworking full time, raised more than $50,000 through a crowdfunding campaign to launch The Butterfly Joint and describes it as a “creative community space.” In addition to kids’ classes, the studio will eventually host some courses for adults.