Weird Fish not belly up yet 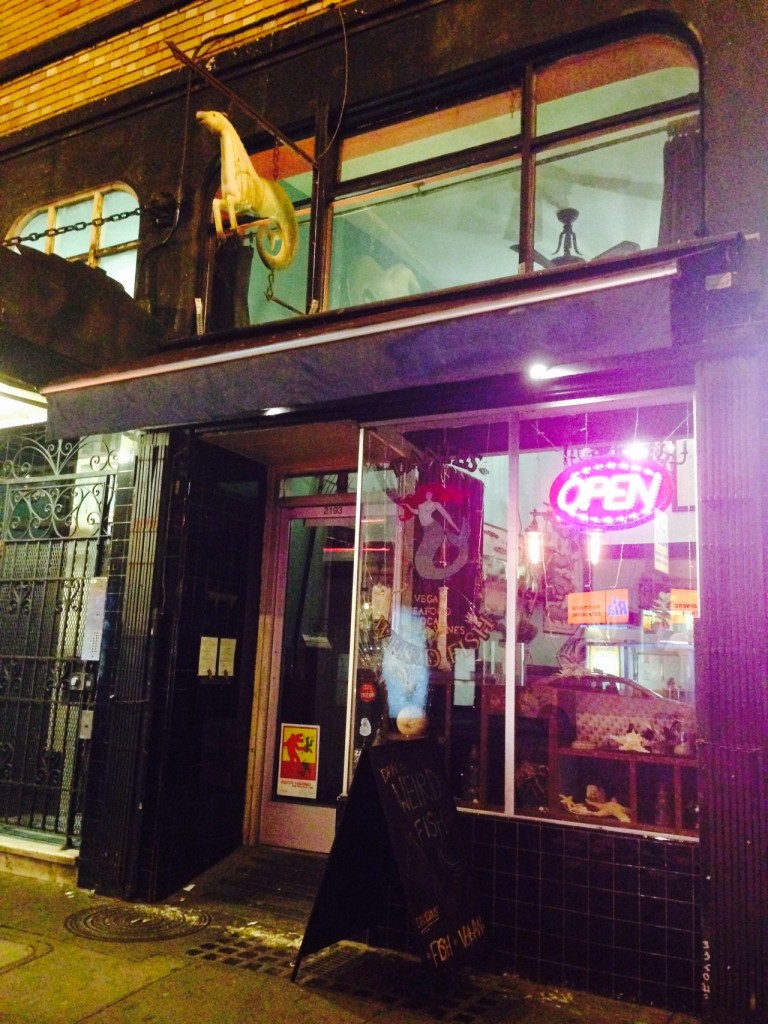 Fans of Dante’s Weird Fish may have been surprised to see it open past its anticipated closing date at the end of 2014. Turns out, the pescetarian restaurant could stick around until early summer, and some of its dishes will live on at the bistro that’s replacing it.

Irfan Yalçin bought Weird Fish near 18th and Mission streets and the restaurant space two doors down in October. He said he was struck by patrons’ reaction to news of Weird Fish’s closure so he got permission from former owner Peter Hood to incorporate some of its vegan dishes into his new venture.

“They were really sad to see Weird Fish closing,” he said.

Yalçin, who opened a wine bar called L’Emigrante in the other space at 2199 Mission St., had hoped to have the bistro up and running by the end of last year. But getting the bar ready took longer than anticipated and back problems slowed him down. He said he now plans to open Bistro Le Bon Vivre in the Weird Fish space “at the latest by July.”

Bistro Le Bon Vivre’s menu will include mussels and fries, crab and sandwiches, in addition to the Weird Fish vegan offerings. Yalçin mentioned its seitan dishes in particular.

Fans of Weird Fish’s seafood dishes may be in luck in too.

Hood, who has been busy with a toddler and a new baby, told Capp Street Crap he’s considering resurrecting Weird Fish when his life becomes less hectic.

“I will likely do another Weird Fish in another location at a later date after I stop changing diapers,” he wrote in an email.