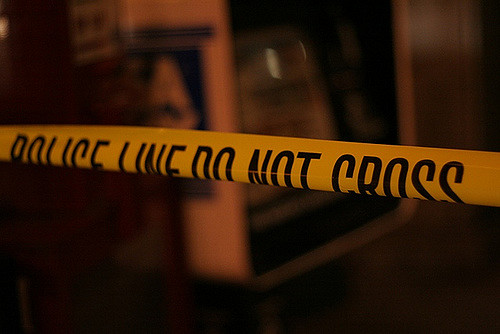 One man was critically injured, another superficially wounded in a pair of shootings in the neighborhood on Sunday, police said.

A 29-year-old man was shot in the abdomen around 12:15 a.m., near the corner of 24th and Shotwell streets, according to San Francisco police spokesman Carlos Manfredi. He is in critical condition at an area hospital.

The suspect, a man believed to be between 26 and 30 years old, was last seen heading north on Shotwell Street on foot, Manfredi said.

LIVE on #Periscope: Shooting at 24th and shotwell https://t.co/uZ8x69yDQf

Later that day, at around 9:25 p.m., a 24-year-old man and his friend were sitting in cars parked on the opposite sides of the street near 26th and Treat, when someone drove up and fired two shots, Manfredi said. One of the bullets grazed the 24-year-old’s head and he was taken to the hospital by his friend.