Shootings latest in violent week for the Mission (updated) 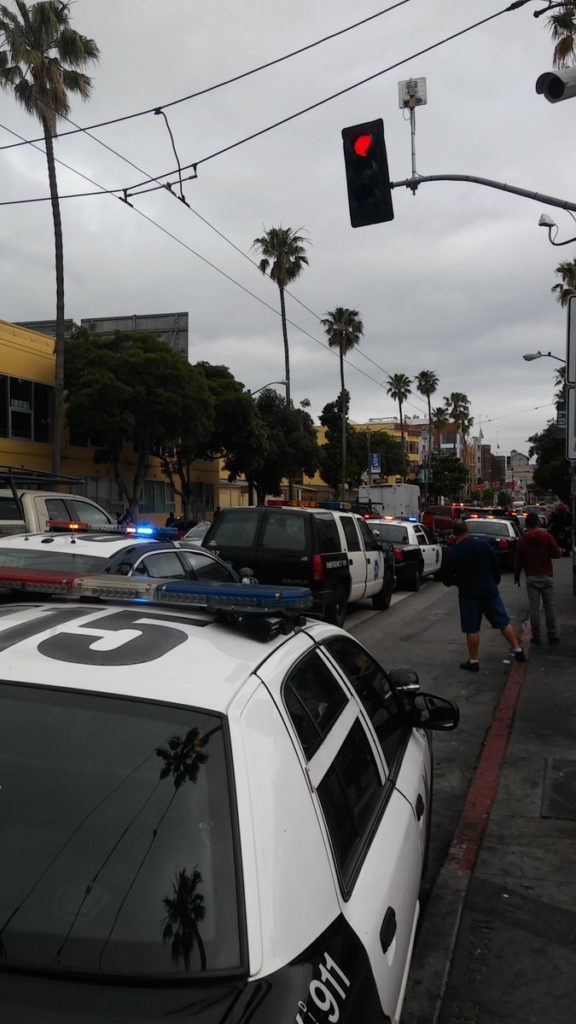 UPDATE 6/17/16: The man shot at 16th and Mission streets Thursday morning was hit in the right leg in a drive-by shooting, police said.

The 46-year-old victim was standing at a bus stop around 9:30 a.m., when two women in a silver Mercedes or Lincoln sedan with paper plates drove up and someone opened fire, said police department spokesman Carlos Manfredi. The victim was uncooperative, he said.

ORIGINAL POST: Police this morning are investigating the fourth shooting this week in the Mission.

Some time before 9:30 a.m. this morning, a man was shot at 16th and Mission streets, according to San Francisco Police Dept. spokesman Carlos Manfredi. The extent of his injuries were unknown.

Also this morning, two men are in critical condition after they were shot while sitting in a car parked near 17 and Mission streets, Manfredi said. Around 2:15 a.m., a man and a woman drove up to them in a black sedan and the driver exited and shot them, he said.

Early Tuesday morning, a man was shot near the intersection of 20th and Shotwell streets and pronounced dead at a nearby hospital. On Sunday night, two men got into a fight on the 500 block of Van Ness, leading one of them to pull out a gun and shoot the other man in the face, police said.