Roxie Theater gets a makeover 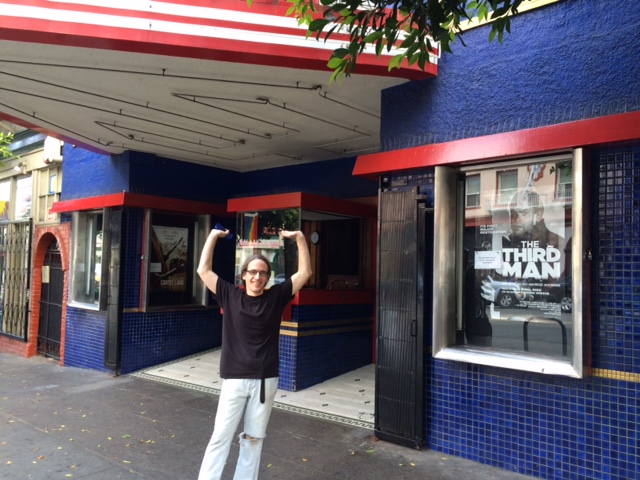 Though well into her senior years, the Roxie Theater should be looking a bit more youthful these days.

The 238-seat movie house and the Little Roxie theater two doors down closed for a week at the beginning of the month for a facelift. Operations director (and Uptown bar owner) Shae Green said more than 30 volunteers stopped by to help staff with “The Big Clean,” from July 31 through Aug. 6.

In an email to Capp Street Crap Green said hours were spent just scrubbing and scraping old carpet adhesive from the Little Roxie’s floor and that she’d love for people to come by and see the changes.

“We filled a Dumpster with decades of crap, ripped out nasty carpet in our small theater, repainted the lobbies, the floors, the exterior, reupholstered the poster cases and gave her a deep cleaning,” she said.

San Francisco’s oldest cinema, the theater first opened its doors as the C.H. Brown Theater in 1909 and has been known as the Roxie since 1933. Green said it had been more than five years since a makeover of that size had been done.

[Photos via the Roxie Theater]