Problematic until the end, fire damaged building comes down 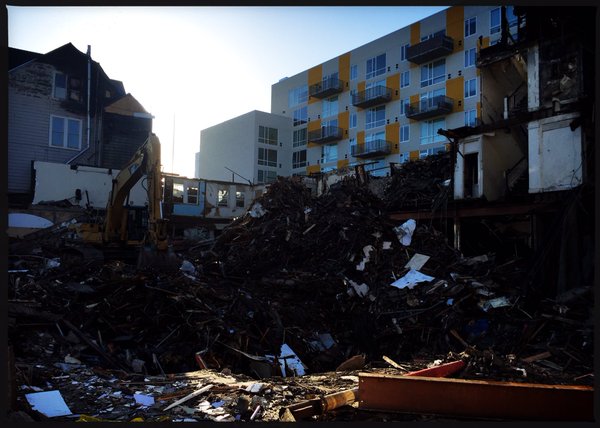 After two more fires broke following a January 2015 blaze that killed a man and injured six, the three-story mixed use building at 22nd and Mission streets has finally come down. But much like things have progressed since last year’s deadly blaze, the demolition did not exactly go smoothly as planned.

During the tear down, an excavator fell into a hole on the property and had to be dug out, according to Twitter user @DocPop. Yesterday, he tweeted the above photo of the demolition site and a video of the excavator excavation.

They were tearing down the burned down building on 22nd & Mission when an excavator fell in. Slowly digging it out. pic.twitter.com/S7UaWMUddi