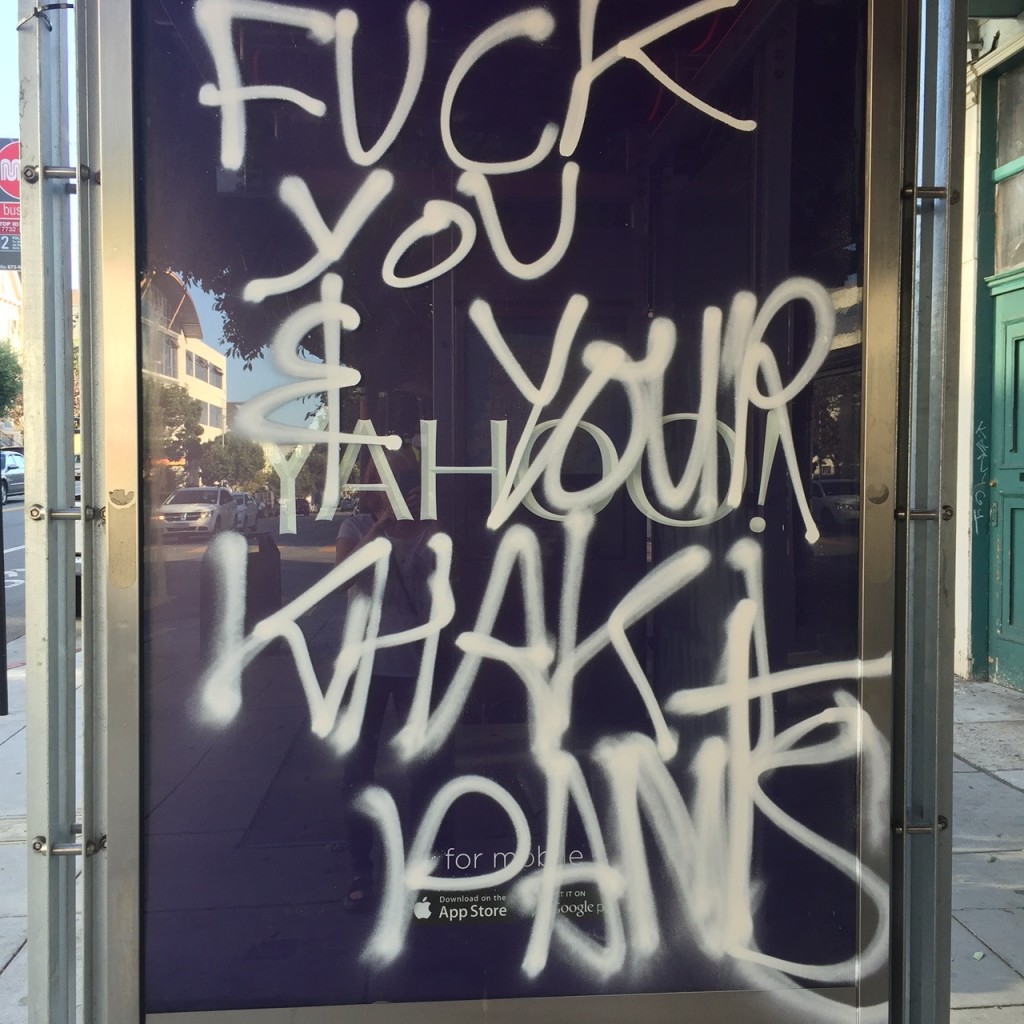 This weekend, a friend alerted me to this example of  pantsism scrawled on a bus stop on Folsom near 20th Street.

Looks like Fred agrees and wants to take it a step further.