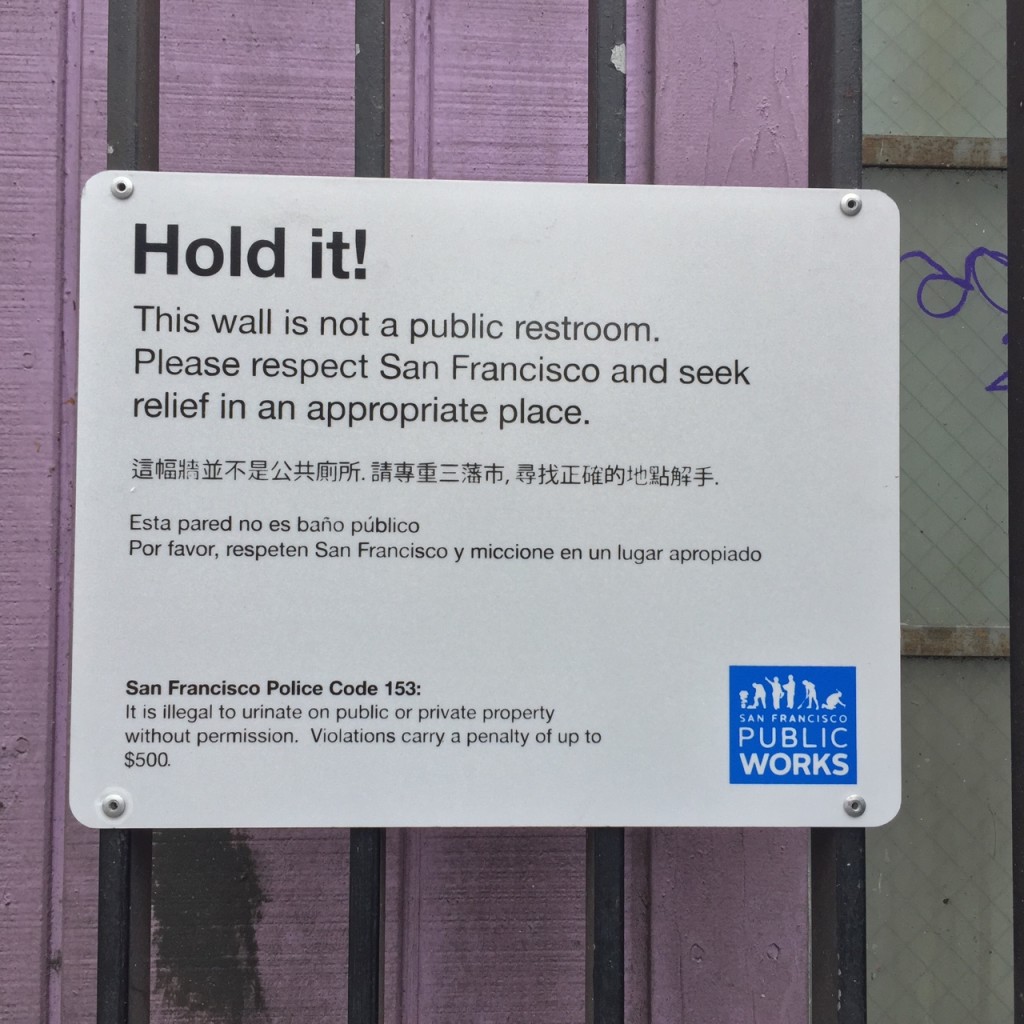 A sign above one of the “pee walls” at the 16th Street BART plaza.

Back in July, Capp Street Crap wrote about so-called “pee walls” at the southwestern 16th BART station plaza and a handful of other Mission locations treated with a special paint that makes urine splash back. In August, the anti-pee paint was added to walls around the other BART plaza across the street. Now, The Associated Press reports that the pilot program is being expanded to include eight more locations.

Rachel Gordon, a spokeswoman for the Public Works Department, wrote in an email that two of the new locations will be in the Mission. Both are residential properties: the front wall of 440 Capp St. and 1643-1647 15th St., around garage alcoves on the Wiese Street side.

Deemed a success so far, the pilot will run until December, when Public Works will “more thoroughly assess the results,” she said.

Just how is success gauged? Gordon said fewer complaints and steam cleaning requests are one factor.

“We also do regular smell and visual tests. Our crews, when in the area, check for urine smell and whether there are new pee stains/puddles.

“The first phase showed success on both fronts in most locations. Osage alley in the Mission continues to be problematic; we still have to go in there regularly and steam clean the area,” she wrote.