Business ordered to shut down, clean up (updated) 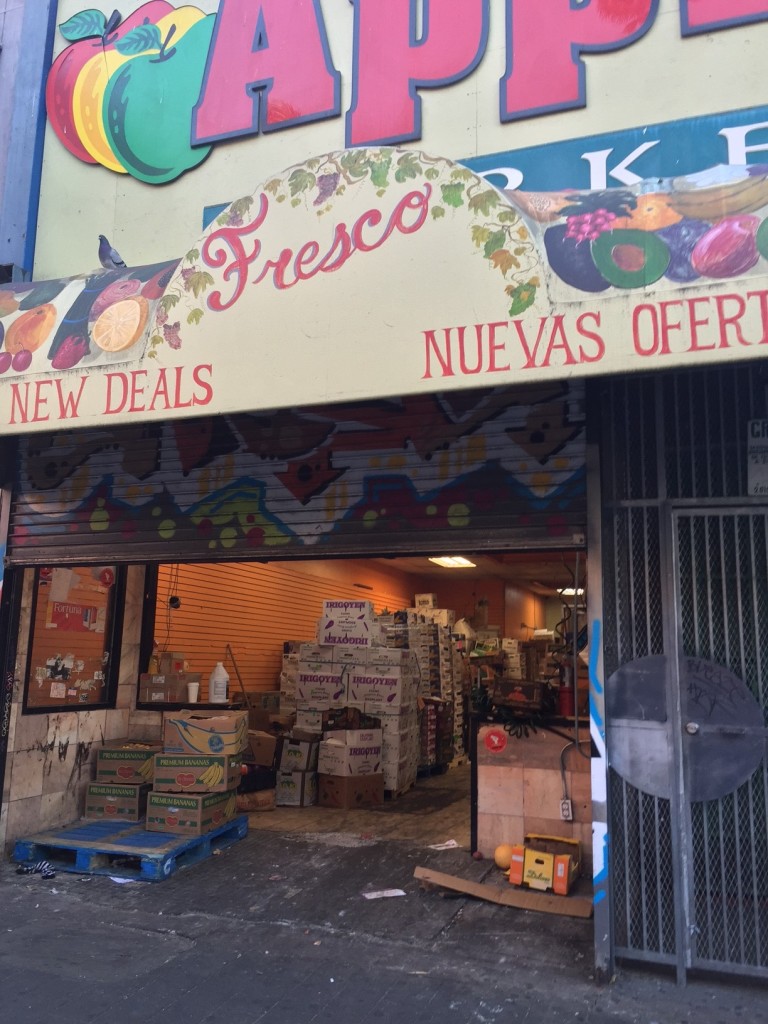 The former Apple Market on Friday evening, hours after the health department ordered it emptied and closed.

UPDATE 6 p.m: A walk by the store tonight found it empty of produce.

ORIGINAL POST: A Mission Street business cited for rotten produce and other violations failed to comply with a health department order that it clear out all food and shut its doors by early Friday afternoon.

The former Apple Market at 2020 Mission St., now a food storage facility operated by nearby Mi Tierra Market, has been cited twice after inspectors found old produce that was causing odors and attracting flies. A Nov. 10 letter from the San Francisco Department of Public Health to the business listed the findings of an abatement conference and ordered Mi Tierra to remove all food and food waste and “cease and desist operating a food operation of any kind at 2020 Mission and keep closed by this coming Friday at 1:00 p.m.”

Visits to the store early Friday evening and on Sunday afternoon found the store’s roll-up door open and boxes of produce still inside. Late Monday morning, the door was again open but the store was mostly empty.

Mi Tierra owner Amer Alghazali did not respond to a voicemail message left for him this morning. But in a previous interview, he said that problems with the business had already been fixed and blamed odors in the area on the adjacent 16th and Mission BART plaza.

In the letter to Mi Tierra, Dr. Johnson Ojo, conference officer with the agency’s Environmental Health Branch, listed a series of offenses including that the market had been operating without a health permit, its floors, walls and ceiling were in disrepair, and “the facility’s equipment, shelving, walls and floors had accumulation of dirt, dust, mold, food residue and insect waste.

“Insect waste” appears to refer to a large number of flies that Ojo said were found in the business, indicating that non-commercial pest control had been used in a food facility which is “illegal and potentially hazardous.

Mi Tierra has been ordered to clean and sanitize the store and hire a pest control service to take care of the vermin, providing invoices to the health department to prove it had done so. According to the letter, Mi Tierra’s case will also discussed at a hearing on Wednesday where a permit it had applied for will be denied.

One thought on “Business ordered to shut down, clean up (updated)”