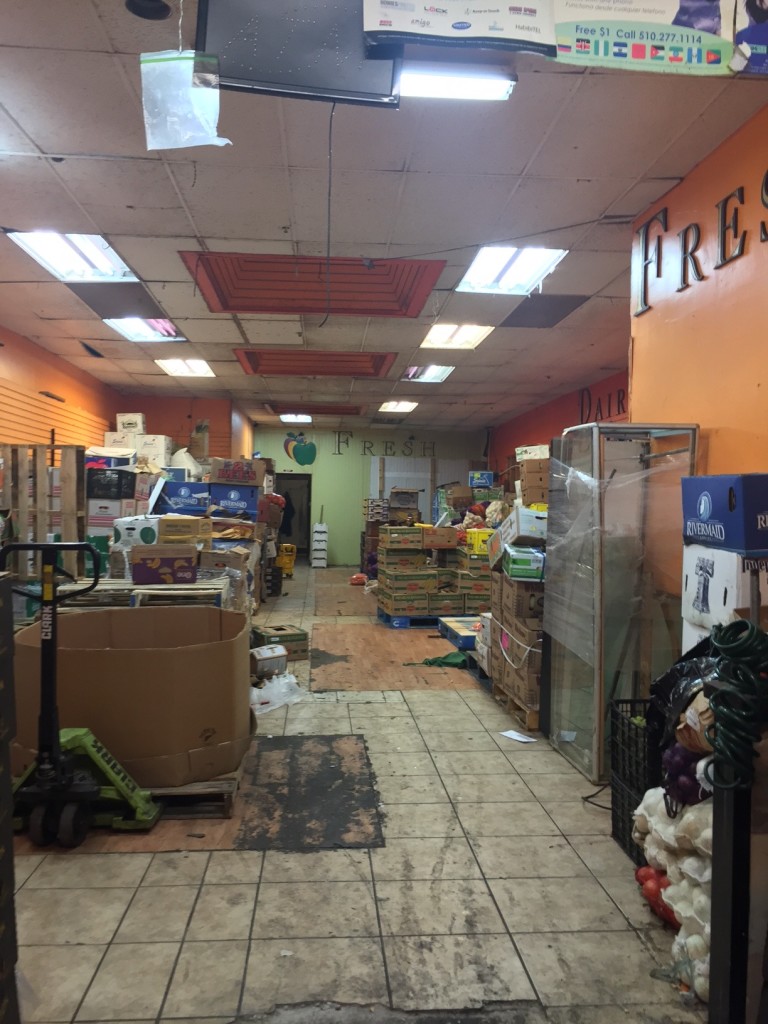 The former Apple Market, near the 16th Street BART stop, has gotten too ripe, it seems.

Following complaints about bad smells wafting from the market-turned-produce-storage site, the San Francisco Department of Public Health cited its owner earlier this week. An abatement meeting is scheduled for Tuesday.

According to the agency, inspections of 2020 Mission St. found old produce that was causing odors and drawing flies. The agency will ask the owner to address the problems at next week’s hearing, which could result in his license to operate being suspended or denied.

Mi Tierra Market, directly across the street at 2023 Mission St., took over the space after Apple Market’s closure. Boxes of fruit and vegetables kept there are sold to area restaurants and families, owner Amer Alghazali said.

While Alghazali admits there were some fruit flies in the store last week when he was sick, he said the issue has already been addressed.

“We took care of the problem,” he said. “You can come and look.”

“The issues at this facility have not yet been abated and we won’t know what the plan of action to abate the issues is until the hearing on Tuesday,” Sarieh said.

According to city records, Mi Tierra filed an application to operate 2020 Mission as a storage room on Aug. 24, but approval of the permit is on hold. Gina Simi, a spokeswoman for the San Francisco Planning Department, said Public Health referred the application to her agency, but Planning hasn’t yet been able to get all the necessary information from the owner.

More of a bodega when it was Apple Market, 2020 Mission St. has been filled lately with palettes stacked high with boxes of fruit and vegetables. Workers are often seen loading the produce onto a truck parked outside, while smells coming from the space have prompted posts on NextDoor and Yelp.

Visits to the store this week found fewer boxes of food inside, but it still reeked of what smelled like old produce.

Asked about the odors, Alghazali blames other familiar culprits.

“The smells come from the BART station, the area, other places, not the store,” he said. “I see people that actually use the bathroom in the street.”