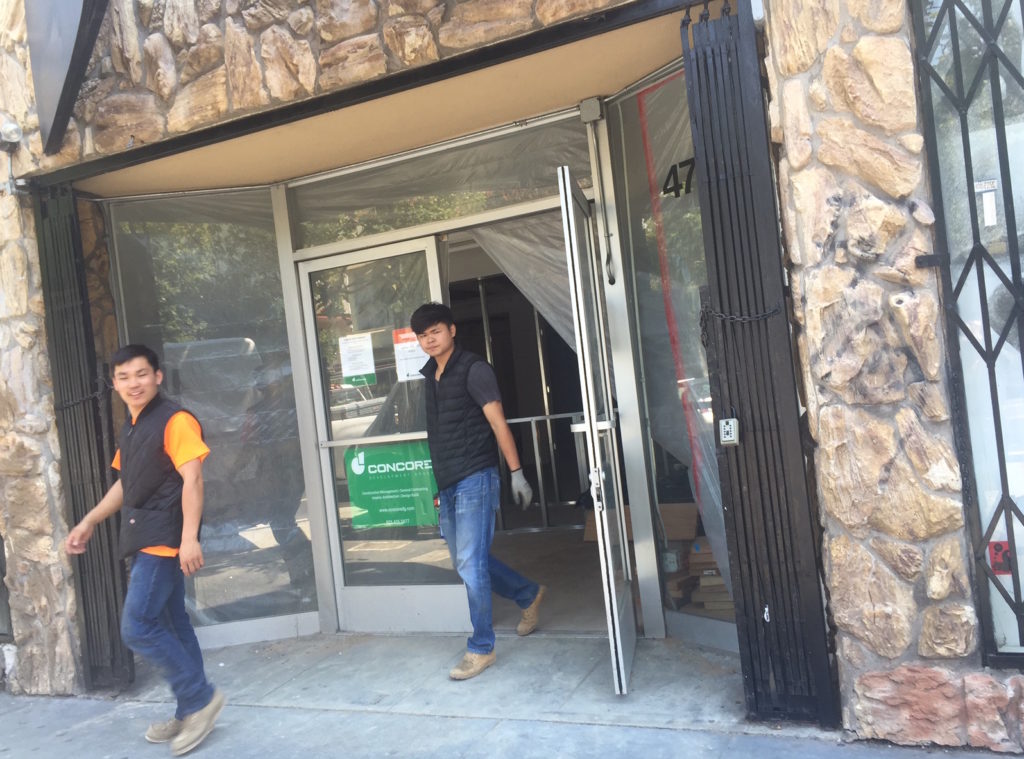 The former Clothes Contact, which used to sell clothes by the pound, is changing into something skimpier.

After sitting vacant for at least a year, 473 Valencia St. is under construction and poised to become an upscale yoga studio called Love Story Yoga. Mehrad Eslami, vice president of Cocore Development Group, the construction management/general contractors for the project, said work is expected to be complete by late December. The studio should open soon after.

Eslami, who was out at the site Friday afternoon, said the studio itself will occupy 3,000 square feet at street level and that locker rooms and showers will be built out in the basement. State-of-the art heating will warm the space up.

A beloved thrift store and popular costume hunting spot, Clothes Contact was forced to close last year after nearly three decades in business because its landlord raised the rent to a reported $14,000 a month.

While it’s unclear if that’s what Love Story is paying, the studio may be more in line to afford it. It’s website already advertises 200 and 500-hour teacher trainings next year that cost $3,800 and $4,500 respectively. Stephanie Snyder, who is opening the studio and is one of teacher training instructors, is described on her website as “one of the country’s most sought after teachers.” It also says she’s been profiled or interviewed in publications ranging from Yoga Journal magazine to Redbook and InStyle Magazine.