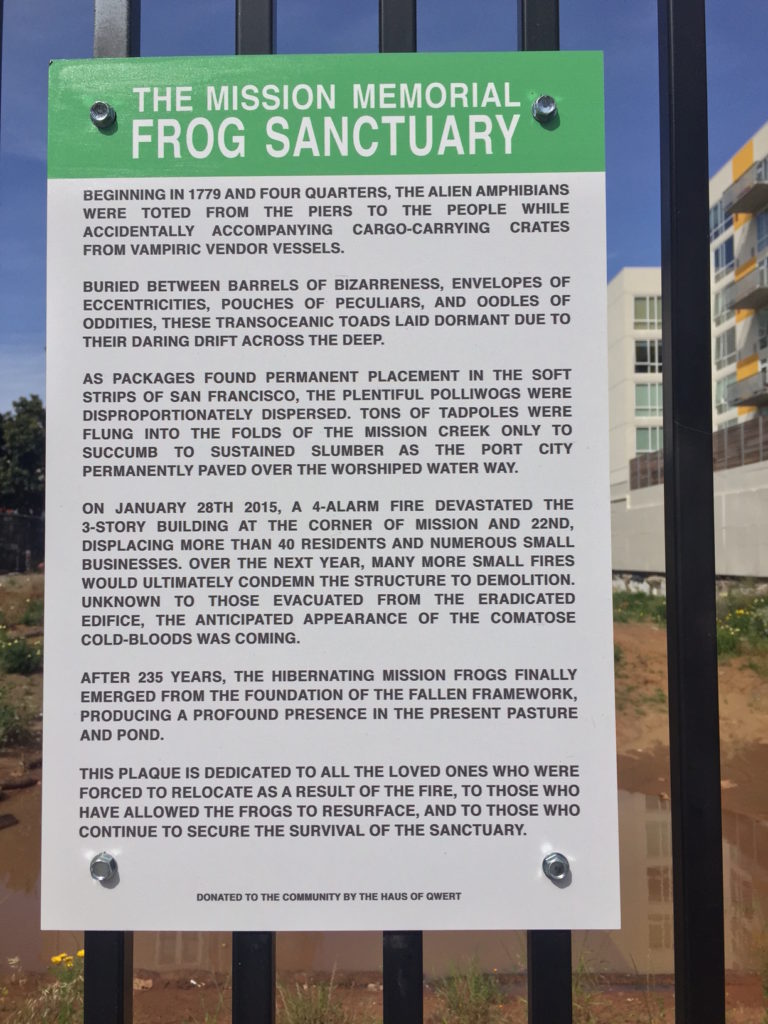 The fact that frogs — or maybe just one very noisy one — moved into the watery pit that was once a three-story apartment building and indoor shopping plaza at 22nd and Mission streets has been an endless source of neighborhood amusement. Now, one prankster has taken the comedy a step further — by placing a plaque to mark the so-called “Mission Memorial Frog Sanctuary.”

The plaque, which a neighbor tells me showed up on the fence surrounding the property at least a week ago, pays respect to the businesses and residents who lost their home in a January 2015 four-alarm fire. It also weaves an alliteration-laden tale about the frogs and their err, resurrection. Just in time for Easter.