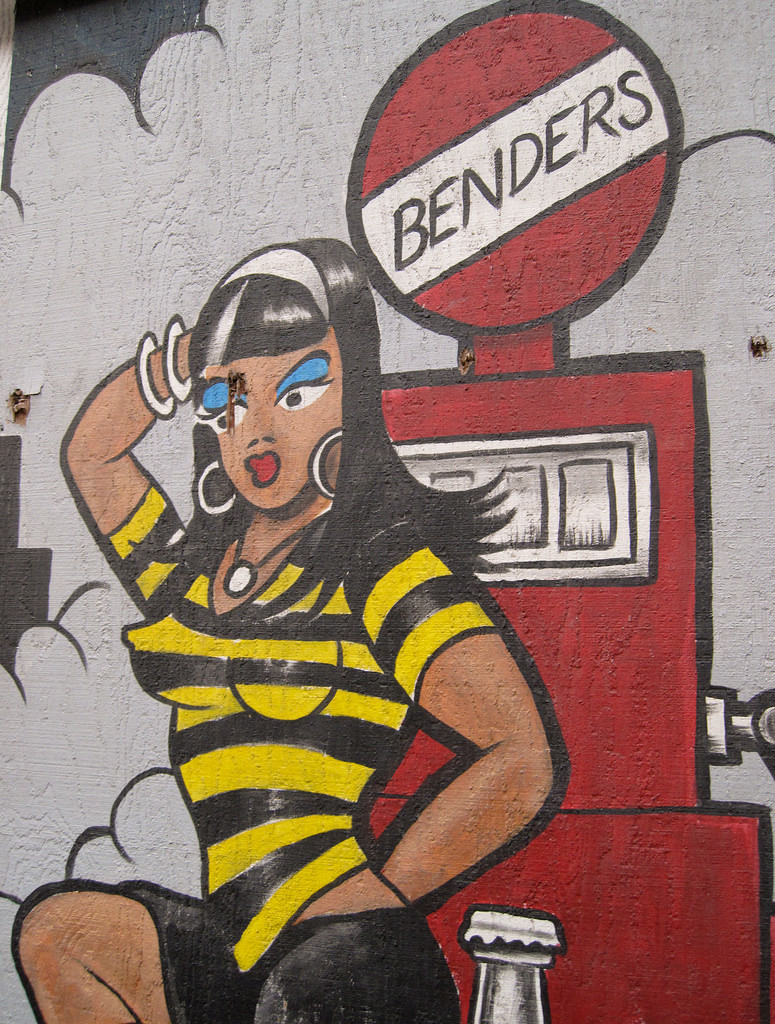 UPDATE 3/18/16: Johnny Davis, one of the partners at Bender’s, told me that while pressure from the fire department was a factor in the decision to scrap the bar’s Sunday barbecues after 12 years, it wasn’t the only reason. In an email, Davis wrote that the folks who run the bar’s kitchen as Counter Offer wanted to start serving on Sundays. Here’s what he said:

The origination of our “FREE BBQ” was due to the fact that our kitchen was not opening on Sunday or Monday.
We have new chefs in our kitchen that upon taking over showed interest in serving food on Sundays.
We originally shot down the idea, but over time and the decline of interest or too many lame-asses showing up expecting to eat w/o being a bar customer, we have given in.
There was also the Fire Dept informing us on their last random walk-thru inspection (when the patio door happened to be open) that us having the BBq on the patio was not allowed.
Toss in a couple more reasons not worth mentioning in your blog and there ya have it….all the dirt on the end of an era! 12 years of FREE BBQ….and the Mission is a changing!

ORIGINAL POST: After more that 10 years of dishing up free burgers on its back patio on Sundays, Bender’s Bar and Grill’s barbecues are coming to an end. According to an event page on Facebook, the bar will be having its last barbecue this Sunday because of concerns raised by the San Francisco Fire Department. From Bender’s event page:

Sad news kids, its time for the last Sunday BBQ at Bender’s. Due to increased pressure from the SFFD we have had to call it quits on the free Sunday BBQ after over a decade of free burgers and good times on the patio, we are having one last fond farewell with Damon behind the grill…

Come on down for one last burger, one last bad joke, and one last good time…

It is unclear what issues were brought up. No one had responded to an email send to the bar as of this afternoon. Jonathan Baxter, a spokesman for the fire department, said the department is looking into what prompted concerns in Bender’s case. But, he said generally that the fire marshal requires businesses to take a number of safety precautions around open flames.

“Anything that has to do with open flames has to have a permit,” he added.