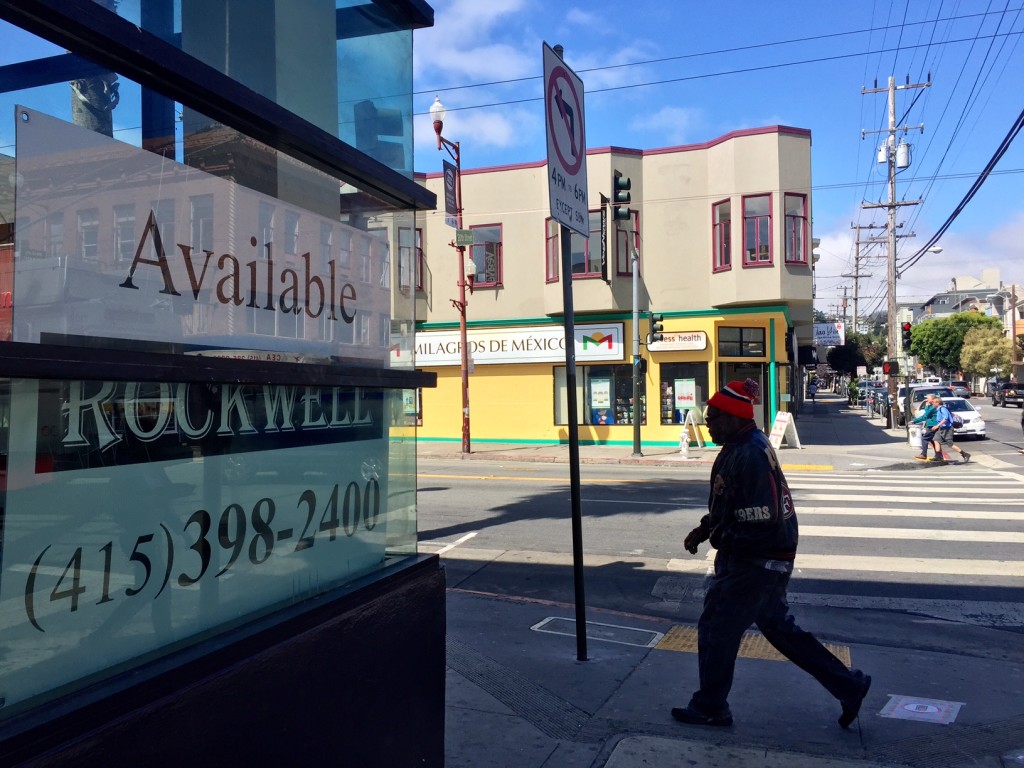 Organizers of an Airbnb-funded campaign against a November ballot measure that would put tighter regulations on vacation rentals in the city have backed out of plans to move into a controversial building on Mission Street.

Slated just last week to become the new campaign headquarters for San Francisco for Everyone, the former T-Mobile store at 2401 Mission St. now sits empty with for lease signs in its windows. At 20th and Mission streets, the space is beneath the former Sierra Hotel, an SRO turned tech hostel that’s now called 20Mission. The Anti-Eviction Mapping Project lists the building’s landlord among its “Sleazy 16” and says the hotel is still listed with the city as an SRO.

Reached this morning, campaign spokeswoman Erin Simpson acknowledged that San Francisco for Everyone should have done its homework.

“SF for Everyone has zero tolerance for unscrupulous landlords,” Simpson wrote in an email. “We made a mistake in not doing the due diligence on the background of this property and immediately took action when we became aware of the history. We are not using this campaign office.”

Dale Carlson, one of the co-founders of ShareBetter San Francisco, the group behind the short-term rental ballot measure, forwarded Capp Street Crap a prepared statement he attributed to Jennifer Fieber with the San Francisco Tenants Union.

“Airbnb’s insensitivity to the impact its illegal listings have on the availability and affordability of housing in San Francisco remains shameful, even after abandoning this ill-considered site for its campaign office,” it read. “The company needs to grow up and act like a responsible corporate citizen.”

Simpson said San Francisco for Everyone will be announcing its new office location soon.

“We look forward to welcoming the community to the SF for Everyone campaign headquarters,” she said.