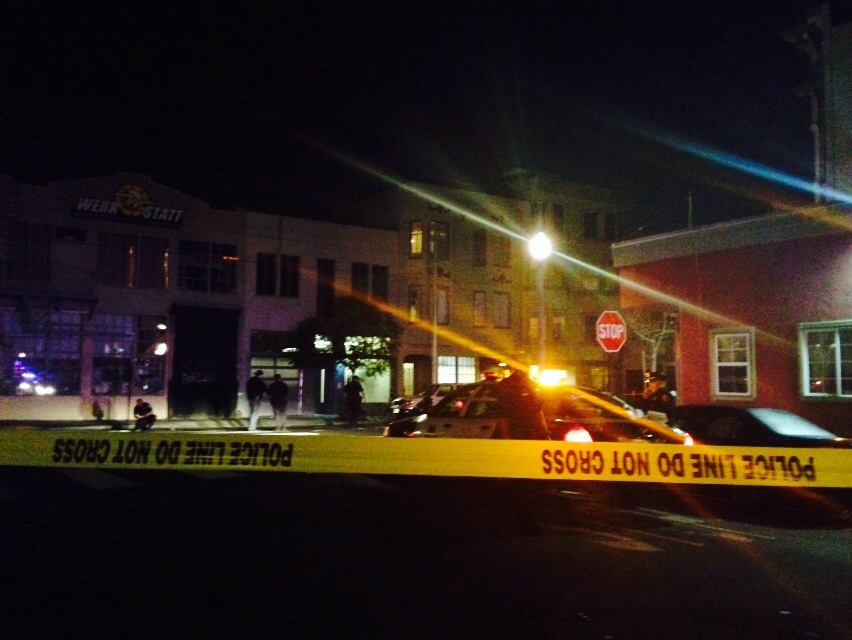 UPDATE (2/20/14): Police say the two victims of the shooting are expected to survive.

ORIGINAL POST: Two men were shot Wednesday night following a dispute near the intersection of 17th and Capp streets.

The two unidentified victims were arguing with a third person around 7:10 p.m. when the shooting occurred, according to San Francisco Police Capt. Mark Osuna. The shooter was last seen running south down Capp Street.

“The suspect is in the intersection. Two people are on the sidewalk. The suspect pulls out a gun, fires about three, four rounds. We think, four rounds,” Osuna said.

According to police statements released later this evening, both victims were taken to San Francisco General Hospital with life threatening injuries. One had gunshot wounds to his upper torso. There were no details available on the second man’s injuries.