Store goes organic for its health, yours 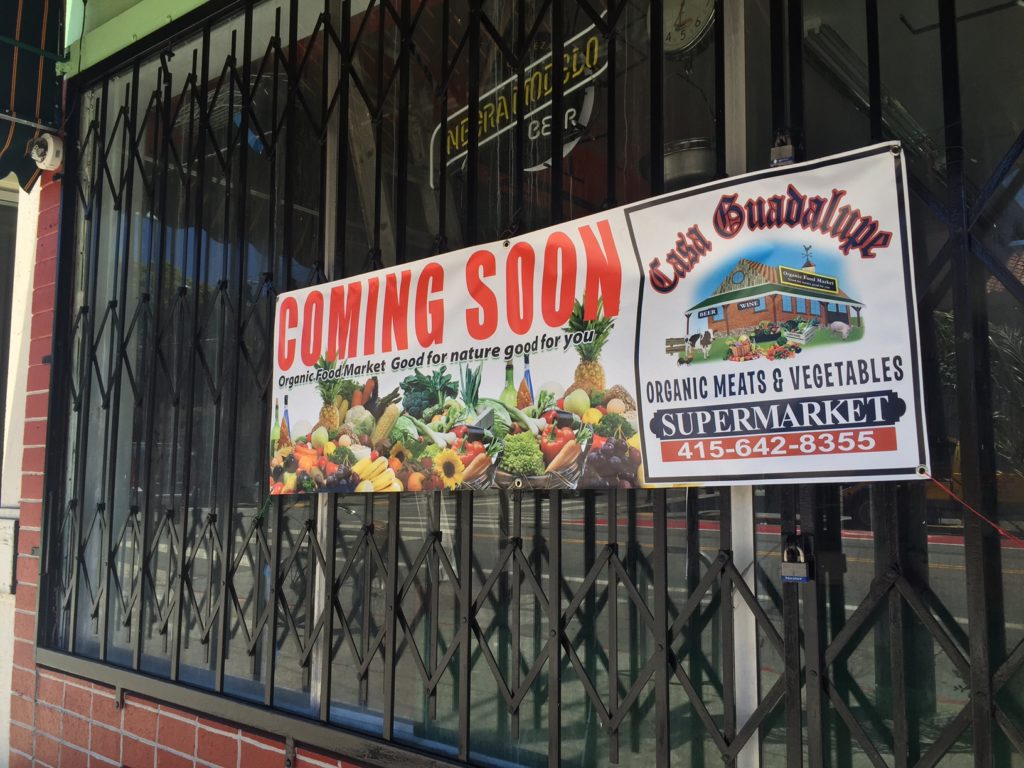 In a bid to stay healthy, one longtime Mission Street market is going organic.

Closed for the past 10 months for renovations, the Casa Guadalupe near 25th and Mission streets is preparing to reopen at the end of the month as a primarily organic market. Its sister store, at 26th and Mission, will remain the same, selling many of the Latin-American products the revamped market used to carry.

Pedro Gil, whose family owns the stores, said he took a cue from the neighborhood’s shifting demographic.

“We’ve been here 25 years. We’ve seen that this community’s changed a lot, new people coming in,” Gil said. “They want to eat healthy.

While he had hoped to reopen by the July 4 holiday weekend, Gil is now shooting for July 28. A recent visit to the store, at 2909 Mission St., found the store’s exterior painted mint green, new freezers inside and an aisle stocked with international and organic wine. The market will sell organic meat and produce and fresh ground coffee and will carry some new products from South America. A new website is also in the works that will show weekly specials and allow customers to see what products the store carries.

While customers were a big influence, Gil also his son Steven was also a force behind the change. Busy at work behind one of the store’s counters last week, Steven said his dad was just being nice in giving him credit. But he agreed that the store needed to adapt to the new makeup of the Mission.