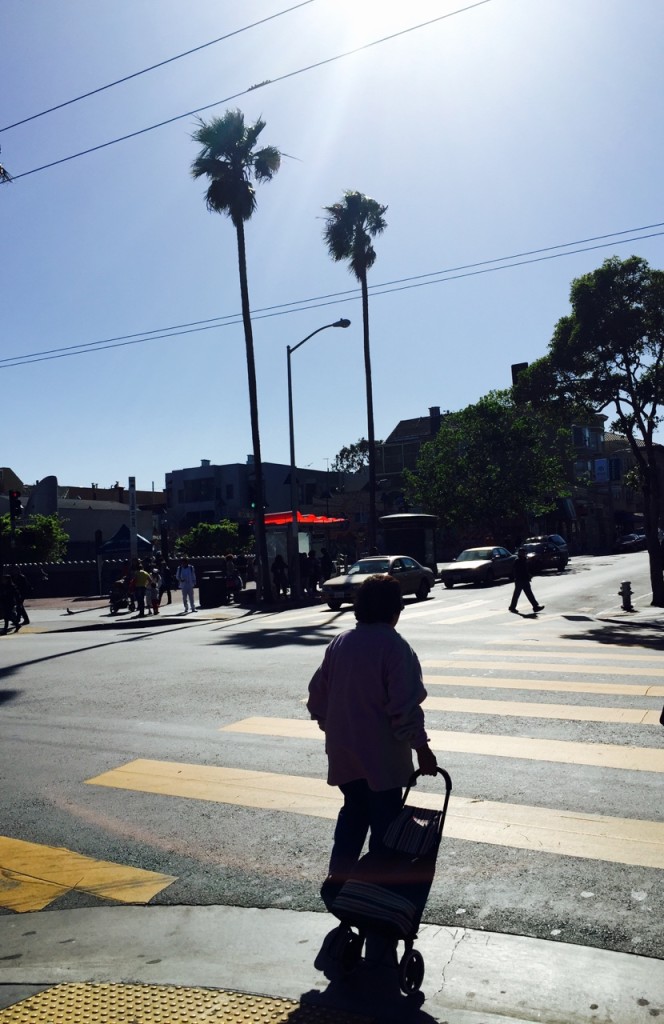 Recent incidents on 24th Street in the Mission have some business owners questioning whether police are doing enough to patrol the busy corridor.

On March 29, a group of men allegedly throwing glass bottles and wielding a baseball bat attacked two 24th Street restaurant employees. Just after midnight that same day, several blocks away, police say someone assaulted a 56-year-old man, leaving him with cuts to his cheek and a bloody mouth.

But it’s not just police blotter-worthy crimes that have rankled business owners; it’s the day-to-day behavior of groups of men who drink on the street.

One of the restaurant employees involved in the March 29 incident said the alleged assailants are part of a group always hanging out around the nearby 24th Street BART station, drinking and causing problems.

“When you have these young guys and all they do is drink and sell drugs and cause trouble, is it my problem?” said the woman, who showed Capp Street Crap a pile of police reports from other incidents but didn’t want her name used for fear of retaliation. “At what point is it my responsibility to take care of this and what kind of permanent solution can we find?”

A nearby business owner, who also did not want his name used, agreed that the men are an issue and that a greater police presence would help.

“They need a cop constantly,” he said.

Jaime Maldonado, whose family has owned La Victoria Bakery on 24th Street since 1951, said traditionally it’s been harder to get the city’s attention in the Mission than in some other neighborhoods, although that may change with money flowing in and property values skyrocketing.

“It’s a shit way of looking at things—and you can quote me on that,” he said.

Capt. Daniel Perea of the Mission Police Station did not respond to email requests for comment. Asked about the possibility of foot patrols on 24th Street, SFPD spokesman Albie Esparza said the department would like to have more officers walking the beat, “but with about 300 officers down, we have to staff the car beats first.

“If there are problems, they need to call the non-emergency number at 415-553-0123 to report it,” he wrote in an email. “Also, they may attend the community meeting at the station to address their concerns with the captain.”

Wise Sons Delicatessen co-owner Evan Bloom said he’s called but it has accomplished little. Instead, he’s been taking to Twitter in recent weeks to get the police department’s attention about the five-to-10 men who always drink on a corner near the deli. While public drunkenness is nothing new, “it’s gotten more persistent. “This group just seems to be more aggressive,” he said.

Bloom said he’s had some run-ins with the men. They’ve thrown bottles, catcalled, sat down next to customers and eaten off their plates, and stolen plates and silverware. The men seem to get more brazen the longer they’re allowed to do what they want, he said.

But Bloom is not so much concerned about himself. “I’m just worried about my employees and my customers. I can fend for myself.”

Not all merchants are convinced of the need for more police, however.

People surveyed at a couple of businesses along 24th on a recent weekday said they hadn’t experienced any more issues than usual. Reached by email, Emily Smizer, who manages Philz Coffee’s Mission location, wasn’t aware of the problems near Wise Sons and said she hadn’t noticed an increase in violence or harassment near her. She is also not sure a beat cop would be a positive thing.

“As a small business in a city neighborhood with a history (especially recently) of sensitivity to the changes that a redeveloping neighborhood faces, we recognize the tensions between those who have been in the neighborhood for a long time and newer businesses that are met with some backlash,” she added.

Erick Arguello, of the merchants and residents group Calle 24, said they’ve been advocating for a new beat cop ever since the last one was transferred several years ago. But he acknowledged that the issue is a tricky one.

“Because of the Alex Nieto shooting and what happened in Ferguson, the local community is not feeling a lot of trust with the police department,” he wrote in an email.

Although he describes things as being “as good as they were last year” and “300 percent better” than the decade before, Maldonado said he’s all for bringing a beat cop back to 24th Street. Even so, he thinks the solution to drinking and homelessness in the area has to involve everyone, including business owners, residents, community groups, and churches. “It has to be a multi pronged solution,” he said.

On the day of the incident, one of the alleged assailants had been drinking outside BART and started harassing a young man who is mentally disabled. He also grabbed women, she said. At one point, he took off his shirt and soon began to focus his attention on her, and eventually started screaming in front of the restaurant window while she was trying to take a customer’s order.

Because it worried the customer, she walked outside and told him to leave. The man threw a bottle, which missed her and struck the outside of the restaurant, she said. The other restaurant worker also came out and told him to leave, only to have bottles volleyed at him. The woman said that before she knew it, the man and a group of his friends were on top of the victim, hitting him.

Police arrested Carlos Pinula, 30, Mark Ziolowski, 21, and Vincent Murillo, 24, all of whom are believed to be homeless. One of the three suspects was hit in the head with a baseball bat during the scuffle and was taken to the hospital with life-threatening injuries, authorities said.

The woman and the other restaurant worker were not hurt. But she said she feels like police are leaving business owners and the public to deal with a problem that shows no signs of getting better.

“If I hit someone, I go to jail,” she said. “How do I protect or defend my business?”