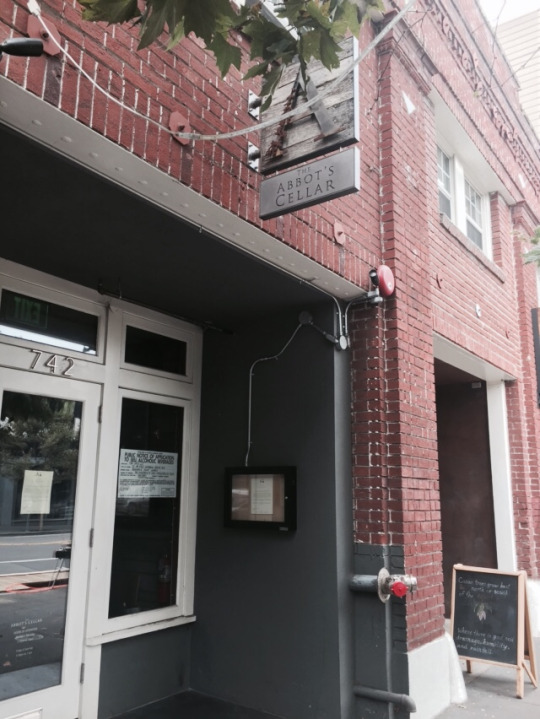 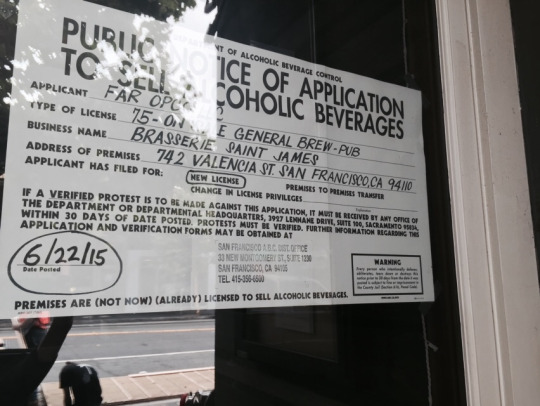 A Reno-based brewpub appears poised to move into the old Abbot’s Cellar space on Valencia Street.

According to Alcoholic Beverage Control records, Brasserie Saint James has applied for a license, still pending, to operate a brewpub at 742 Valencia Street, which has sat vacant since the end of January.

It’s unclear what all the Saint James folks have in mind for the space. I reached out to them this morning via their Facebook page but didn’t hear back. The menu for their restaurant in the Midtown District in Reno has some standard pub food, steak and fish and well as items like poutine, “bone marrow canoes,” and, in a welcome surprise, breakfast tacos. Prices range from $8 to $16.

Opened in 2012, Abbot’s Cellar shut its doors at the end of January, a decision one of the owners, Nat Cutler, told Inside Scoop was motivated by rising costs and San Francisco’s increase in the minimum wage. Only time will tell if Brasserie Saint James can come up with a more sustainable model.