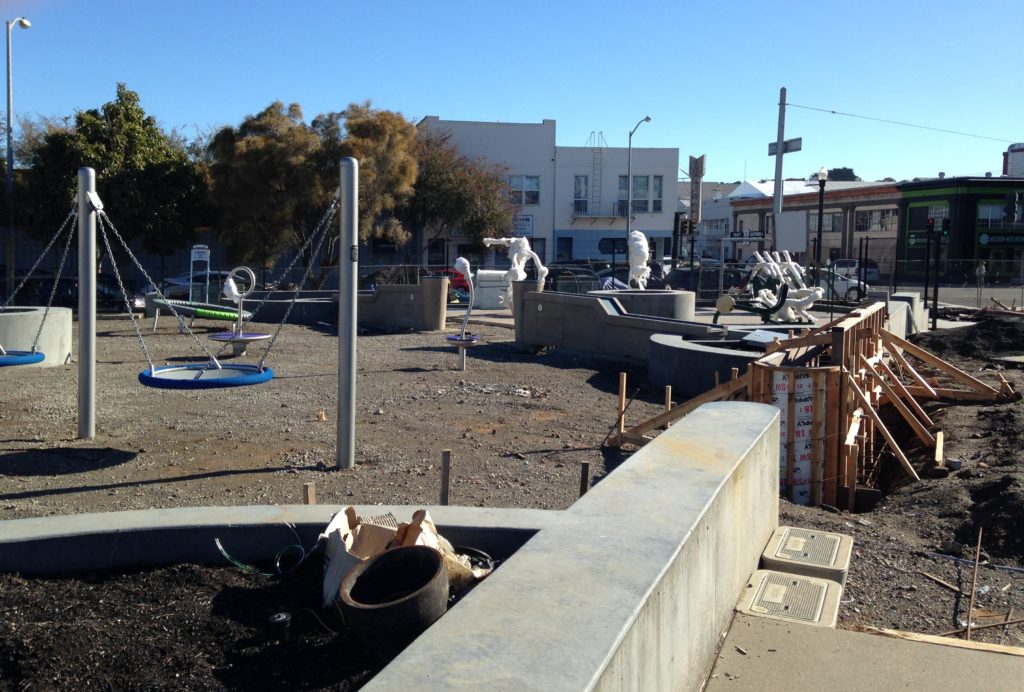 Finding a “park” in parking may not be hard, but transforming one into the other has proven a bit more difficult than expected.

Winter rains have delayed the opening date for the Mission’s newest park, once a paid parking lot at 17th and Folsom streets, said Joey Kahn, a spokesperson for the San Francisco Recreation & Park Department. Initially slated to open this winter, the park is now scheduled to be completed in early spring.

“We’re looking forward to celebrating the opening of the new park with the community,” Kahn wrote in an email. “This parkland will help revitalize and provide open space to the Mission community.”

Billed as the first neighborhood park to acquired and built by the agency in more than a decade, the 31,850-square-foot park will feature a lawn and drought-tolerant plants, a playground, adult fitness equipment and outdoor performance and classroom spaces, among other elements.

The agency broke ground on the project in March.