Pizza our hearts: Pauline’s is for sale 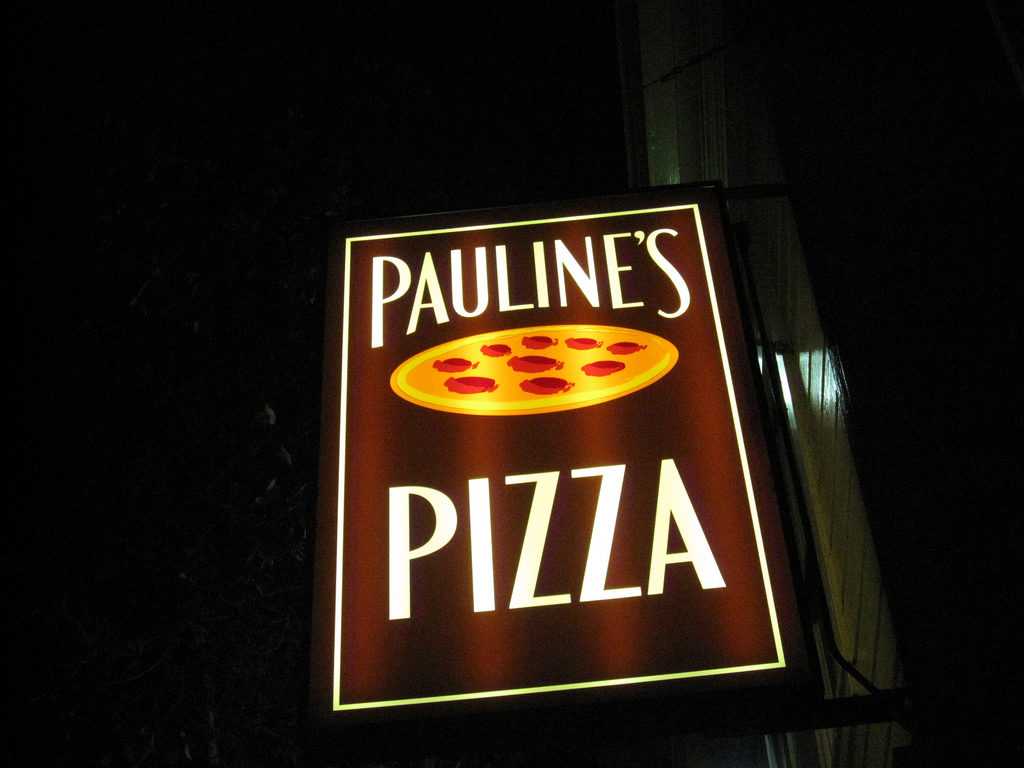 UPDATE 12/8/16: Friend of Capp Street Crap and volunteer editor Jeff spoke with Pauline’s owner this week who told him that it’s been tough to find affordable employees who care about the craft. She also noted that she is 70 years old and is done after running Pauline’s for 34 years.

ORIGINAL POST: In a blow to pizza lovers and families with young kids, Mission staple Pauline’s Pizza has been listed for sale.

On Sunday night, an ad popped up on Craigslist that lists a sale price for the restaurant and wine bar of $150,000. Pauline’s, known for thin-crust pizzas and creative toppings that were often dependent on what was good in the restaurant’s organic gardens, has been in business at 260 Valencia St. since 1985. The restaurant has also long had a tradition of stocking their tables with containers of crayons, giving patrons young and old a chance to doodle on paper-covered tablecloths while they waited for their food.

It is unclear why Pauline’s has decided to sell. The restaurant is regularly closed on Sundays and Mondays and emails sent through Facebook and to an address listed on the Pauline’s website were not returned. Reached by phone, a broker with Laurel Realty, which is listed on the ad, declined to comment on what led to the decision.