UPDATE 10/1/15: This  photo of vandalism to SF For Everyone’s Richmond District office was shared this morning on Eviction Free SF’s Facebook page. 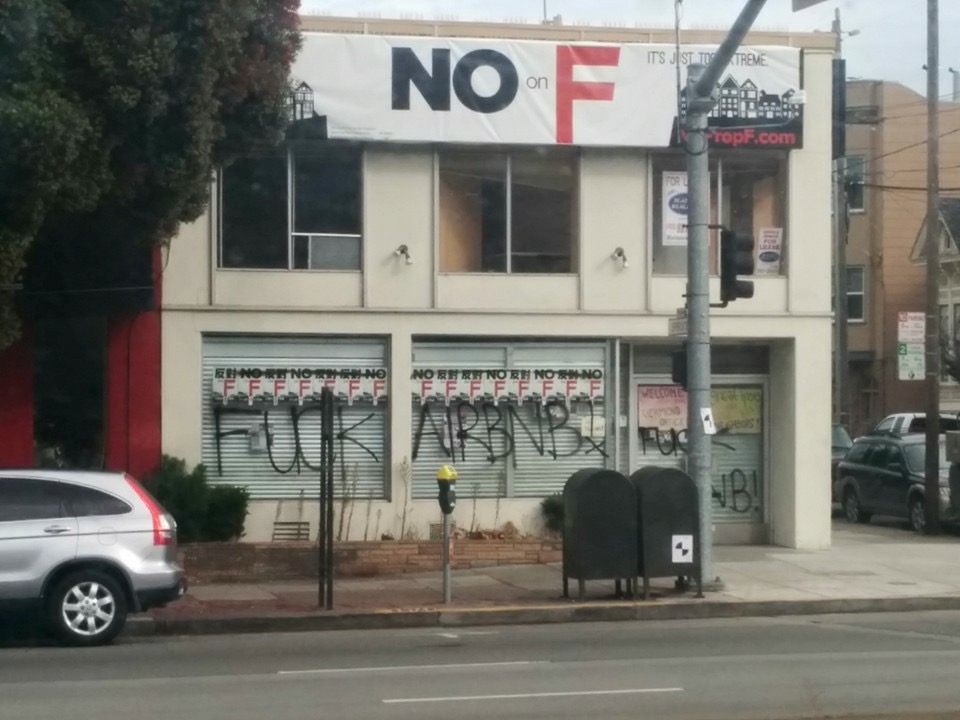 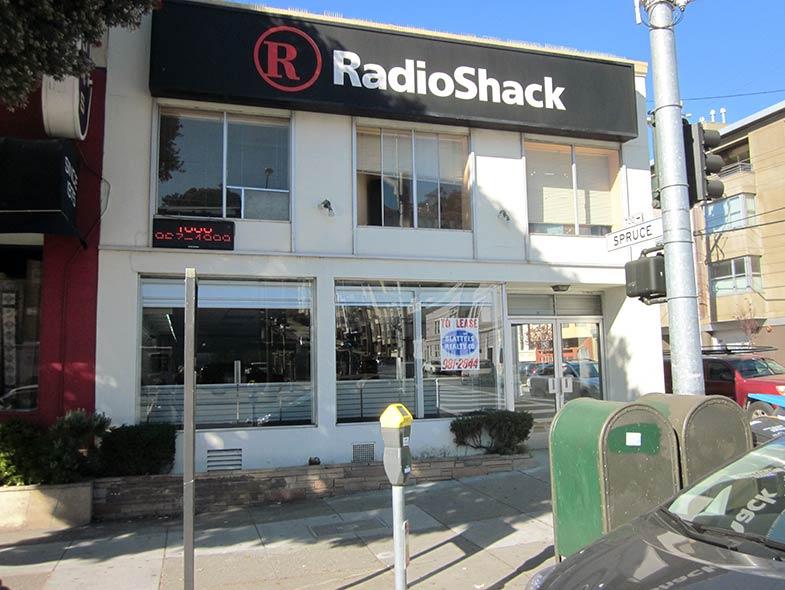 ORIGINAL POST: The Airbnb-funded campaign to defeat a ballot initiative clamping down on short-term rentals in the city has traded one former electronics store for another.

In July, Capp Street Crap reported that the anti-Proposition F campaign, SF For Everyone, was moving into the old T-Mobile space at 20th and Mission streets, a plan scrapped days later after a campaign spokeswoman said they learned of the building’s controversial history. The owner of 2401 Mission St., an SRO turned tech hostel, is counted among the Anti-Eviction Mapping Project’s “Sleazy 16.” SF for Everyone moved west instead, opening a campaign office earlier this month inside a one-time Radio Shack at 3200 Geary Blvd.

In an emailed statement, No on Prop. F campaign spokesman Patrick Hannan said that the new location will “help us speak directly to voters.

“As we’ve seen, the more voters learn about Prop. F, the more they oppose it,” Hannan wrote. “Last week, our campaign released a poll documenting that a majority of voters are now opposing the measure: 52/36.  That’s an 18 percent change since the measure qualified in July.”

Citing recent news that Airbnb had ponied up $8 million to fight Prop. F, Dale Carlson, one of the co-founders of ShareBetter San Francisco, the group behind the initiative, said he was “surprised they didn’t buy the damn building.

“They’re on a record setting pace to spend more money to defeat a San Francisco citizens’ initiative than any other single corporation in recent history,” he wrote in an email. “Every independent analyst says the current short-term rental law is unenforceable (even the founder of HomeAway, Airbnb’s largest competitor, says it’s a joke), so it must be extraordinarily profitable for Airbnb to continue renting unregistered units to tourists to justify an $8 million campaign to keep the law just as it is — unworkable.”

With the Mission gentrifying at a rapid clip and recent reports like this one in the Examiner suggesting short-term rentals have eaten a large piece of the neighborhood’s available housing stock, I’m guessing the SF for Everyone campaign will get a warmer welcome in its new location.