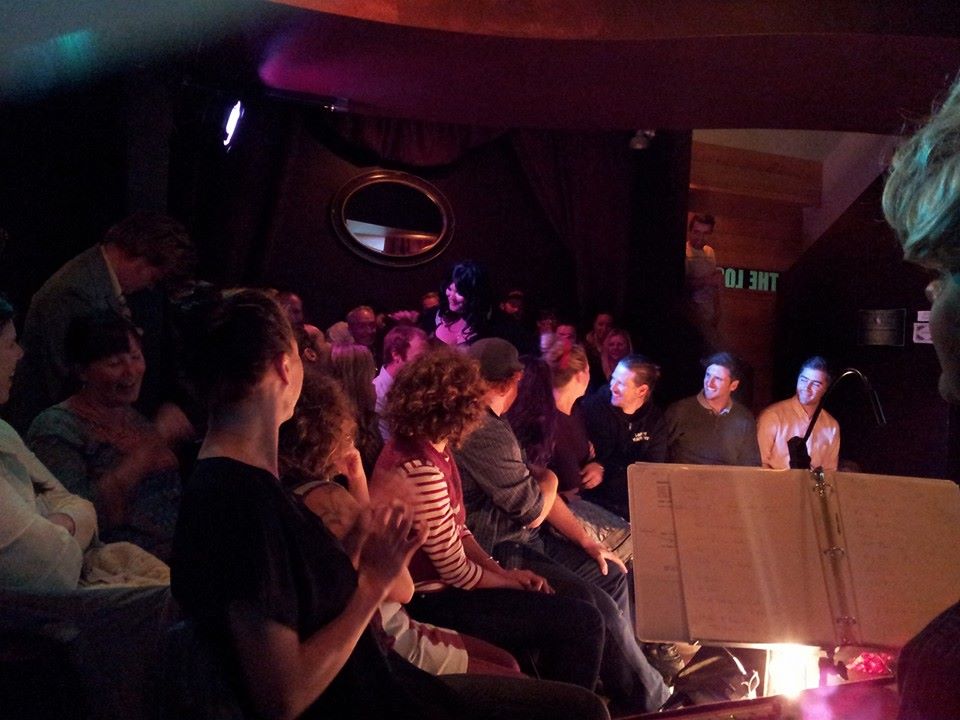 Despite plans to reopen The Lost Church theater this year, going legit has turned out to be a bigger production than the owners expected.

Brett and Elizabeth Cline need to upgrade the Capp Street performance venue to meet disability access and city permitting requirements. The couple raised more than $44,000 dollars for the project and hoped to reopen as a “rock and roll dinner theater” in October. But delays in the permitting process have pushed the completion date to summertime at the earliest.

Since opening in February 2011, The Lost Church has put on a series of fun multimedia theater shows, book readings, movie screenings and hosted numerous live music shows. The Clines want to expand the downstairs commercial area into the residential space in the building, add a wheelchair accessible entrance and bathroom and remodel the kitchen for food service.

The project hit its first snag after the couple submitted the application to the planning department in May. What they were told should have been a five-week wait to get assigned a planner ended up taking close to five months. And, at the beginning of October, they learned the project would face additional review because of their building’s historic significance.

At 65 Capp St., the building was designed by the late conceptual artist David Ireland and was a live-in studio space for artists of the Capp Street Project. City property records do not currently list it as a historic resource or a potential historic resource.

But Candace SooHoo, a spokeswoman for the planning department, wrote in an email to Capp Street Crap that “at this point any properties closely associated with David Ireland are considered potential historic resources.”

The Clines submitted the additional paperwork in November. The review process could take anywhere from three to six months.

“Hopefully it will be closer to three months. We just don’t know,” Brett Cline said.

The delay means the couple will have to raise additional money, this time looking to outside donors.

Adding to frustrations, the Clines talked to a preservation attorney who told them that the planned alterations were not significant enough to warrant the additional review. Brett Cline said no one brought up the possibility of a historic review in the months prior to them submitting their plans.

“We always knew there would be hurdles but no one mentioned this at all,” he said.