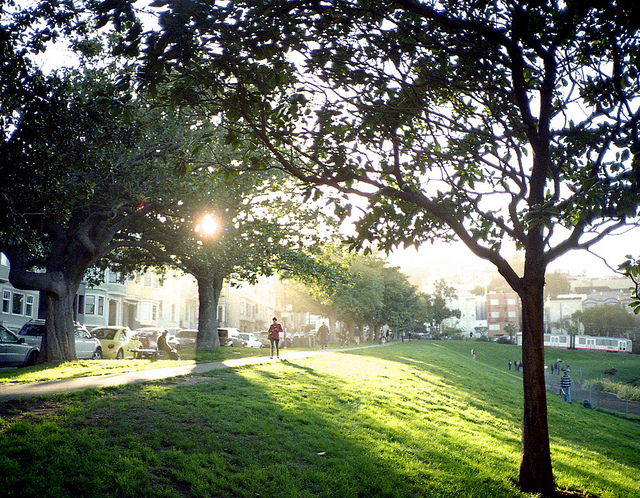 A 25-year-old man suffered life-threatening injuries during an attack by group of men near Dolores Park on Sunday, police said.

At around 6:15 p.m. a group of as many as 10 men began chasing the victim through the park toward 18th and Church streets, said San Francisco Police spokeswoman Giselle Talkoff. When he fell in the intersection, they started punching and kicking him.

The victim was stabbed in the upper torso during the attack, Talkoff said.