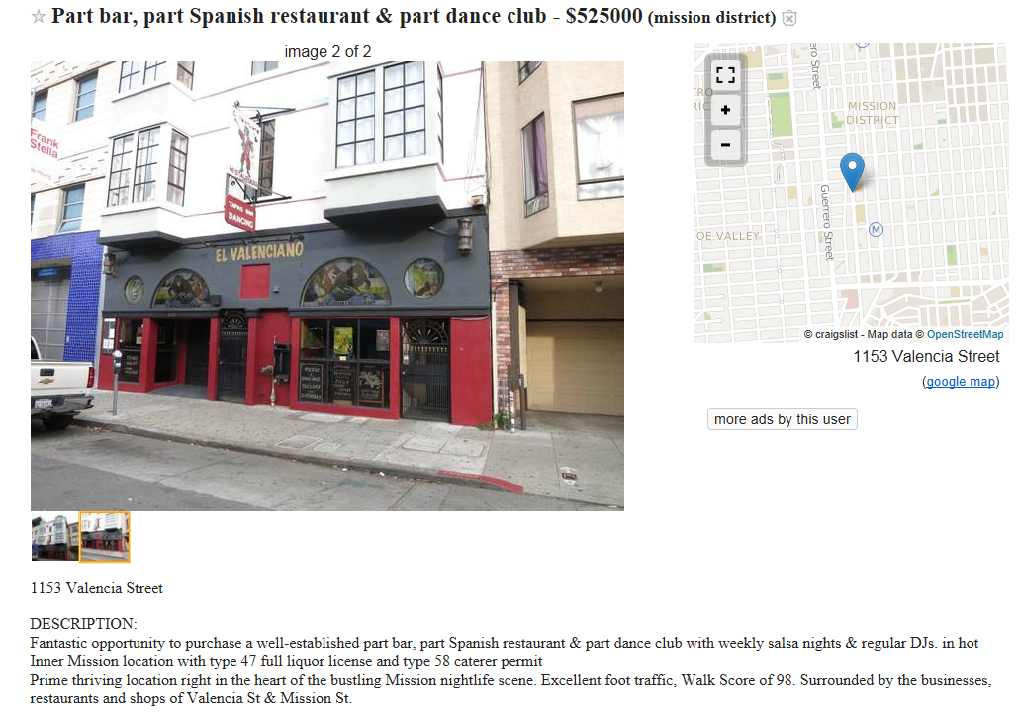 One old restaurant is on the block, while a new one is preparing to open on Valencia Street.

Spanish restaurant and dance club El Valenciano is listed for sale in a Craigslist ad that describes a “fantastic opportunity to purchase a well-established part bar, part Spanish restaurant & part dance club with weekly salsa nights & regular DJs. in hot Inner Mission location.” The owners are asking $525,000 for the approximately 4,500-square-foot business, which has been around since at least the mid-1990s. El Valenciano is at 1153 Valencia St., between 22nd and 23rd.

Roughly eight blocks north, a new restaurant called Brown Sugar Factory is slated to open at 525 Valencia St., according to a Department of Alcoholic Beverage Control notice posted in its window. The spot was previously home to the short-lived Valencia & Kebab. 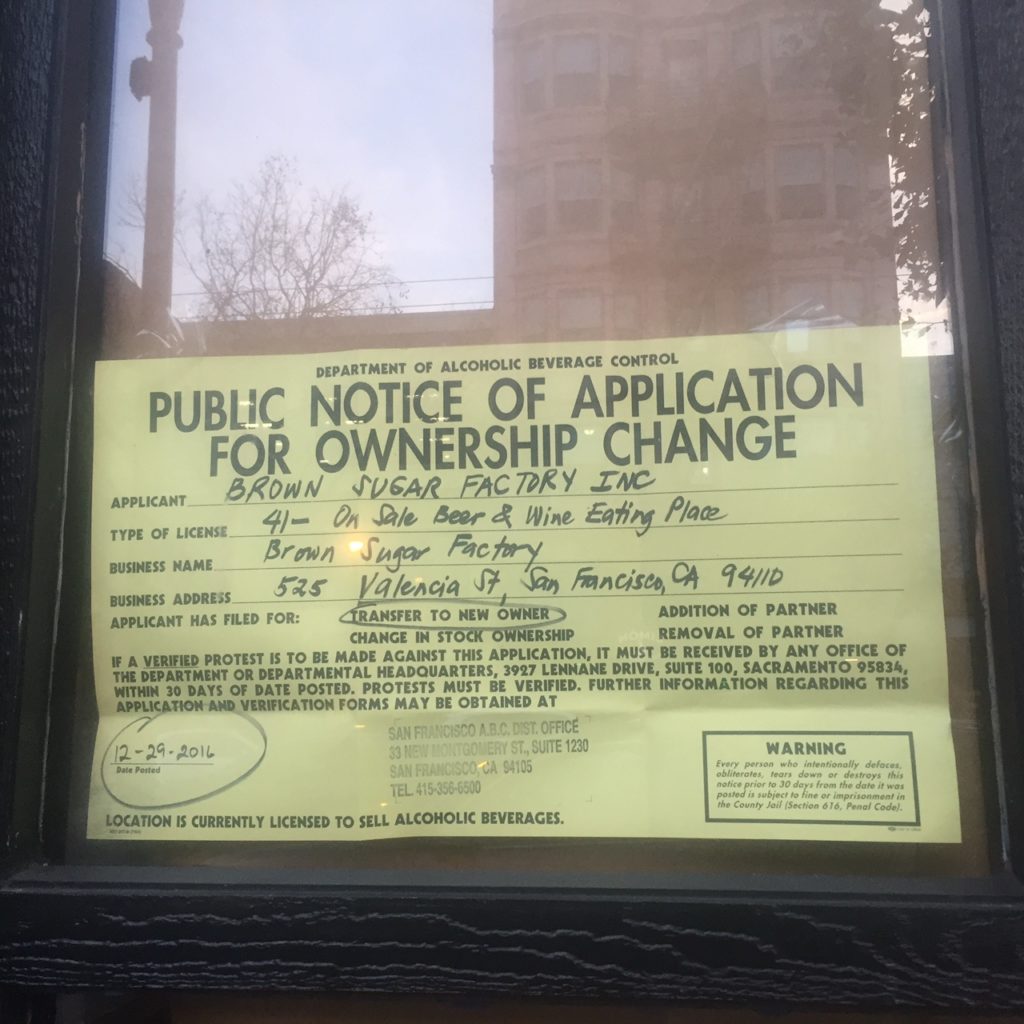 It’s unclear what kind of food  Brown Sugar Factory will be serving.

Attempts to track down the officer and shareholder listed on restaurant’s pending beer and wine license were not successful.

Reached by phone, Bawer Tekin, who ran sister restaurant Hayes & Kebab, which has been closed since September, said his brother oversaw the Valencia Street location and so he did not himself have details of new owner. Tekin agreed to pass along my phone number if possible, but said his brother had been experiencing health problems and would likely not feel up to talking.