Dolores Park then and now 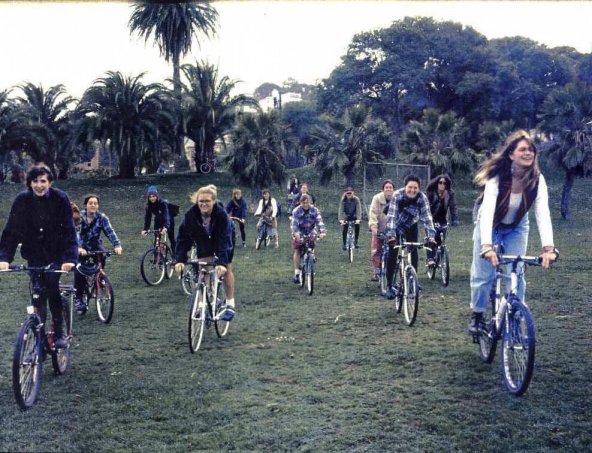 Friend of Capp Street Crap Megan tells us this shot of lady bike messengers was taken for the women’s issue of the messenger zine Mercury Rising.

Tonight’s celebration, which marks the end of years of park renovations, begins at 4 p.m. Attendees are encouraged to wear something that lights up. However, glow sticks, which could break, are highly discouraged.