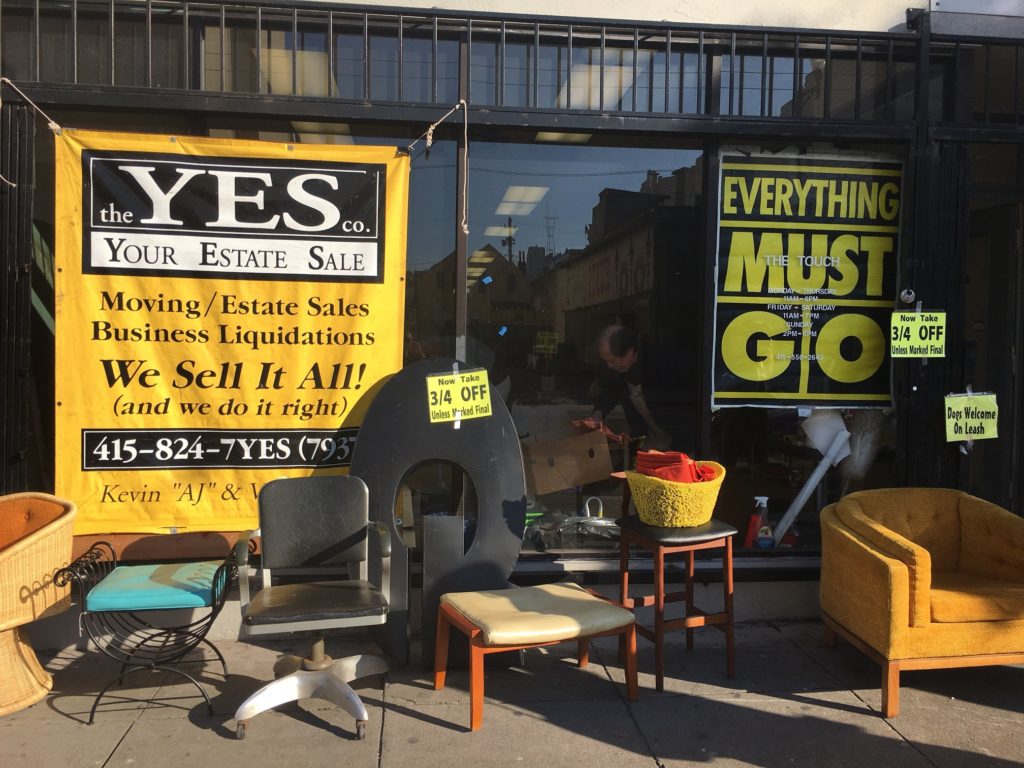 A move to escape soaring commercial rents on Valencia Street was apparently not enough to save neighborhood furniture store The Touch.

The antique furniture store, which relocated to 2221 Mission St., near 18th, in 2013, is having a close-out sale today. An ad for the 75-percent-off sale says The Touch’s owner, David Chen, is closing the store due to a large rent increase. Chen “has decided to move on to another endeavor.” Yelp already lists the store as closed.