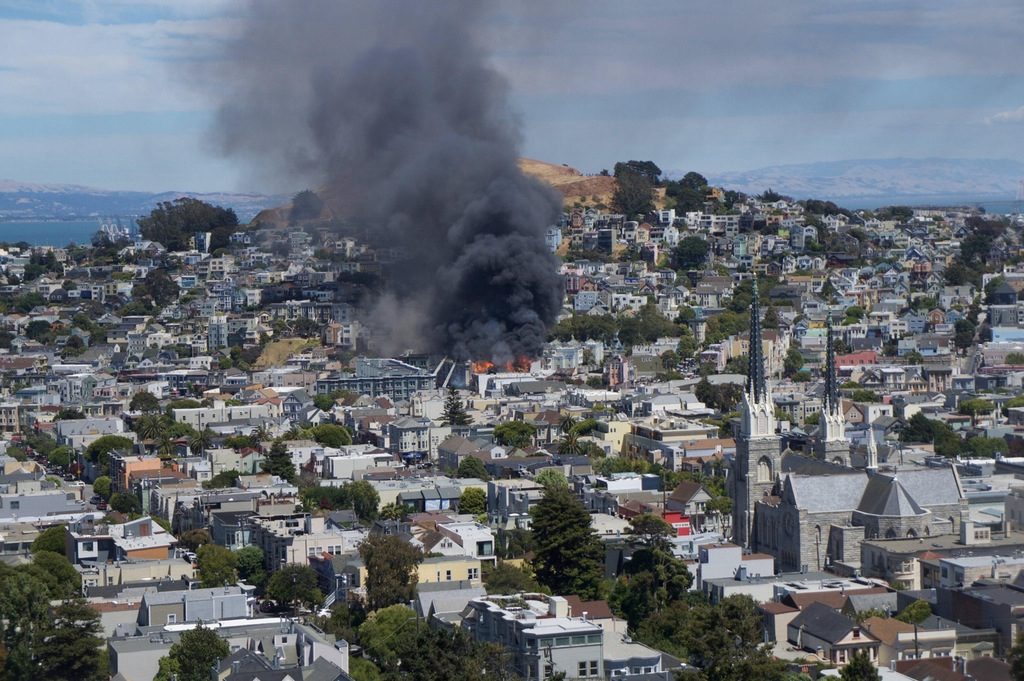 ORIGINAL POST: Firefighters are still working to contain a 5-alarm fire at 29th and Mission streets this afternoon, which grew to involve six buildings, authorities said.

At least 40 people have been left homeless by the blaze, which started on the 3300 block of Mission Street around 2:30 p.m., according to a fire department spokesman. There have been no injuries.

Reports on social media indicate that Playa Azul and the 3300 Club bar are among the businesses impacted. A tweet by Cole Hardware, which is at 3312 Mission St., said while employees are safe, the store is lost.

Thank you everyone for your thoughts. Everyone is fine and safe. Building is lost. We’ll keep everyone posted. #colehardware — Cole Hardware (@colehardware) June 18, 2016