“Generator” shutting down, will be replaced with new mural (updated) 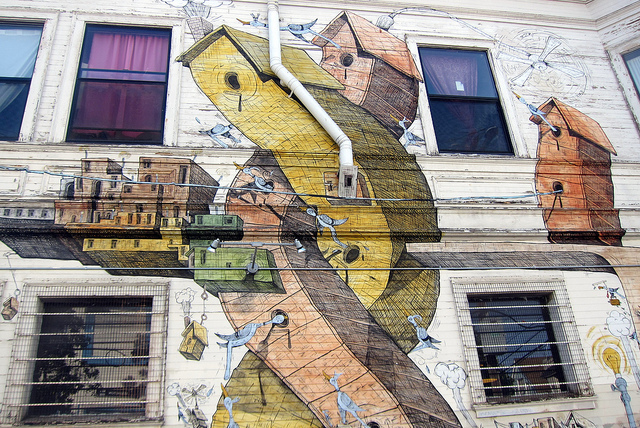 The release further quotes Schoultz, who lost his Mission studio three years ago and now lives in Los Angeles.

“We are very happy that so many people enjoyed our piece and it achieved so much notoriety. However as neighborhoods change and transition, so must their painted walls,” he said. “While this mural will no longer be here, I look forward to creating something new and fresh for this location and neighborhood, as does Aaron. A new and exciting piece will begin to come alive in the near future.”

ORIGINAL POST: One of the most loved murals in the Mission is disappearing.

“Generator” — its intertwined birdhouses and frantic birds sprawl across an entire side of 3469 18th St. —  is being painted over to complete much needed repair work to the building, according to Andrew Soernsen, who owns the shop at that address, Lexington Standard. The silver lining is that artists who created it, Andrew Schoultz and Aaron Noble, have agreed to paint a new mural in its place, he said.

Though he tried to save Generator, the property owner needed to seal and repaint the outside of the building to address significant dry rot, which would have meant Schoultz and Noble had to essentially recreate the mural, Soernsen said. Even so, he said he reached out to the city, among others, to see if there might be some way to preserve it but was told there was no money to do so.

“I really wanted it to be saved and I don’t think people understand it was nearly impossible,” Soernsen said. 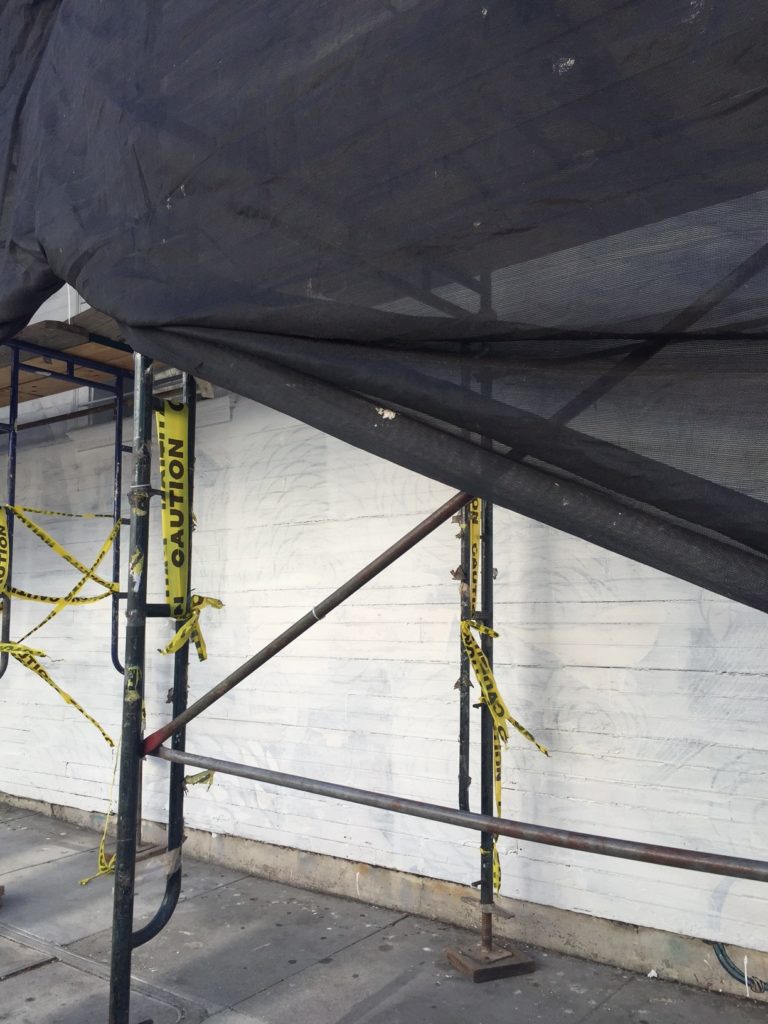 Neither artist responded to an email seeking comment. But Soernsen shared quotes from a draft press release he attributed to Schoultz.

In the press release, Schoultz said he never anticipated that the mural, at 18th and Lexington streets, would be around for nearly 15 years and would have been happy with five.

“Nothing lasts forever, nor should it,” Schoultz said.

On his website, Noble also noted that he saw Generator’s lifespan as limited:

This mural got a lot of favorable response in SF. It’s still there as of this writing, but it won’t survive much longer, as we used the old decayed off white paint as our background and only prepped the areas that we painted. We had a very ramshackle aesthetic going on at that point. I soon became much more precious about my surfaces.

Though there’s no set timeline yet, Soernsen said Schoultz and Noble could potentially begin on the new mural as soon as crews repairing the building take down their scaffolding.

“It’s sad to see something go,” he said. “They both want something new.”