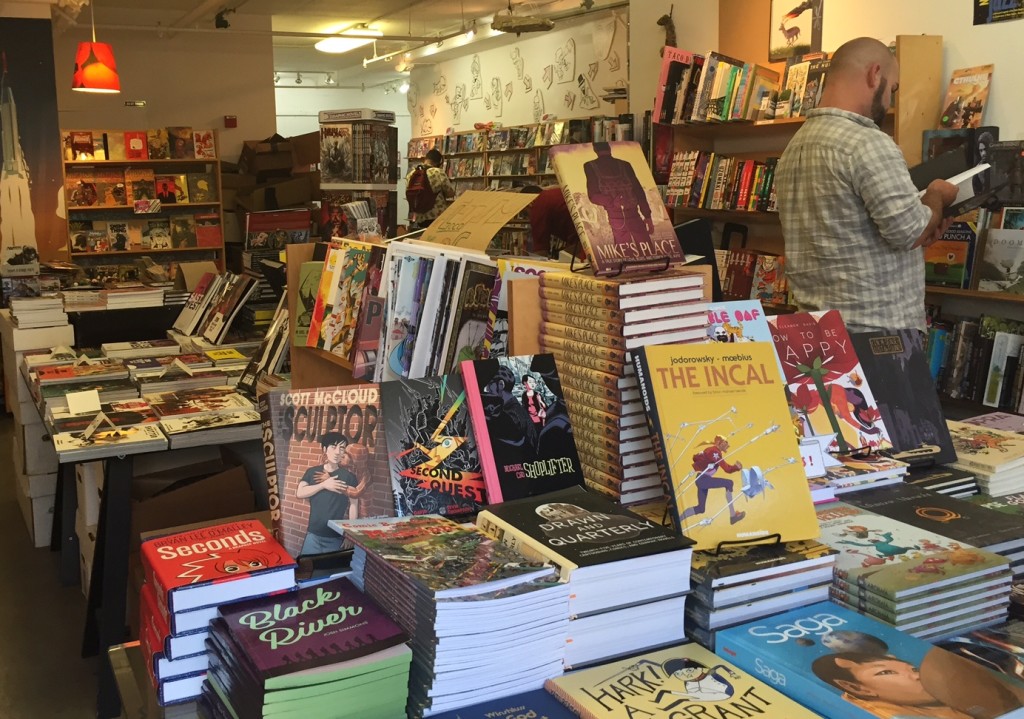 At a time when obituaries for small bookstores keep piling up, Mission: Comics & Art is busy working on its sequel.

With a jolt from its ongoing crowdfunding campaign, the comic book store and art gallery is moving a few blocks to Mission Street, possibly as soon as the end of this month.

Owner Leef Smith said he decided to look for a new space after their 20th Street landlord wouldn’t agree to anything more than a new short-term lease renegotiated every couple of years.

As a small business owner in a pricey real estate market, the lack of long-term security was scary, and Smith thought he “could do better than that.”

“It definitely felt like I had to be proactive and not rely on the whims of a landlord,” he said.

Mission: Comics & Art’s new store will be at 2250 Mission between 18th and 19th streets, in what used to be Vimy Electronics. After nearly 40 years in business, the couple that owned the electronics store wanted to retire, Smith said. A contractor is now working to modernize the 1970s era space.

To help pay for the move and keep the store going, Smith launched a Patreon campaign in April, following the lead of Borderlands Books and Comix Experience on Divisadero, which invite customers to support their stores through subscriptions or sponsorships. Mission: Comics & Art will celebrate its sixth anniversary in September.

Although the rent will be slightly higher, the new space is bigger and technically less per square foot, according to Smith.

There’s another plus to moving. After years on a quieter side street, being on Mission Street should help with visibility and foot traffic, he said.

“Even after being here 5 years, I have neighbors come in and say, ‘when did you move here?’” Smith said.