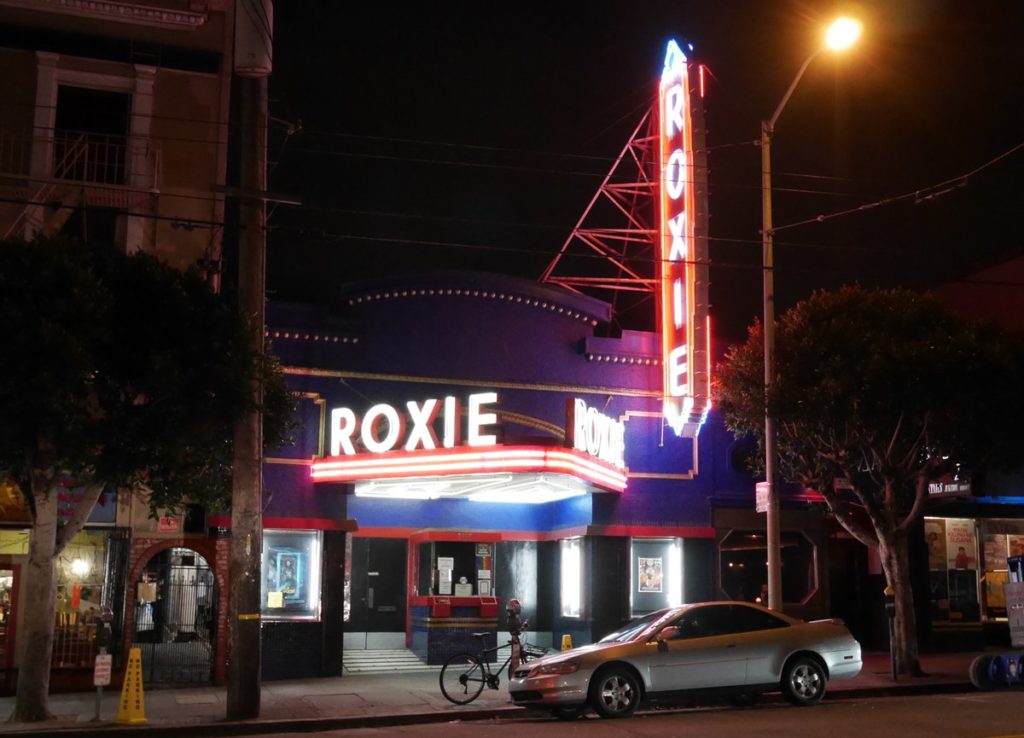 On Sunday, the Roxie Theater turned on its newly restored neon marquee and riser, the culmination of an effort that dates back to 2015.

Operations Director Lex Sloan said that while the neon portions of the marquee that read “Roxie” have held out over the years, various other parts of the sign have been on the fritz at times.

Fully restoring the sign included fixing the bars under the horizontal letters reading “Roxie,” and the neon borders and jewels at the top and bottom of the vertical marquee, she said. The repairs cost $3,000, and were paid for with money from a 2015 fundraiser.

“When I started at the Roxie a little over year and a half ago, the white neon that lights the entry under the marquee started to go on the fritz and that is when our executive director Dave Cowen and I decided our goal was to restore the marquee to 100 percent,” Sloan wrote in an email. 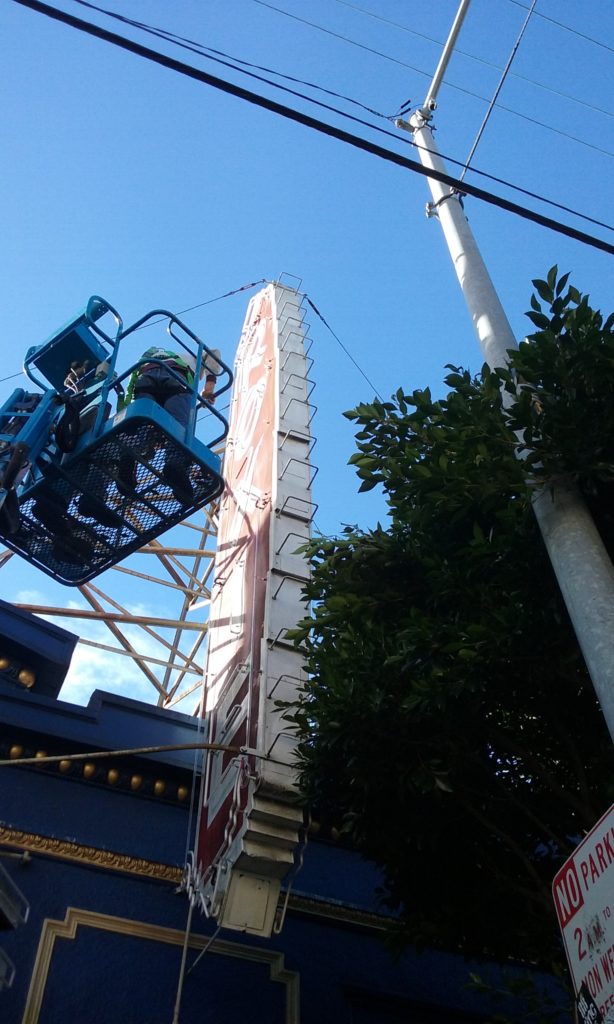 “The final push, which happened on this past Sunday, required the rental of a boom lift to reach the top outermost side at about 37 feet in the air,” she wrote. “It took us a while to work out the logistics for replacing the uppermost red border.”

The Roxie, which first opened in 1909, has been getting a lot of love in recent years. In the summer of 2015, the 238-seat movie house and the Little Roxie theater two doors down shuttered for a week so staff and volunteer could paint and do an extensive cleaning. The theater also welcomed new management that year, obtained a state-of-the-art projector theater and increased its efforts to court donors.

[Photos courtesy of the Roxie Theater]