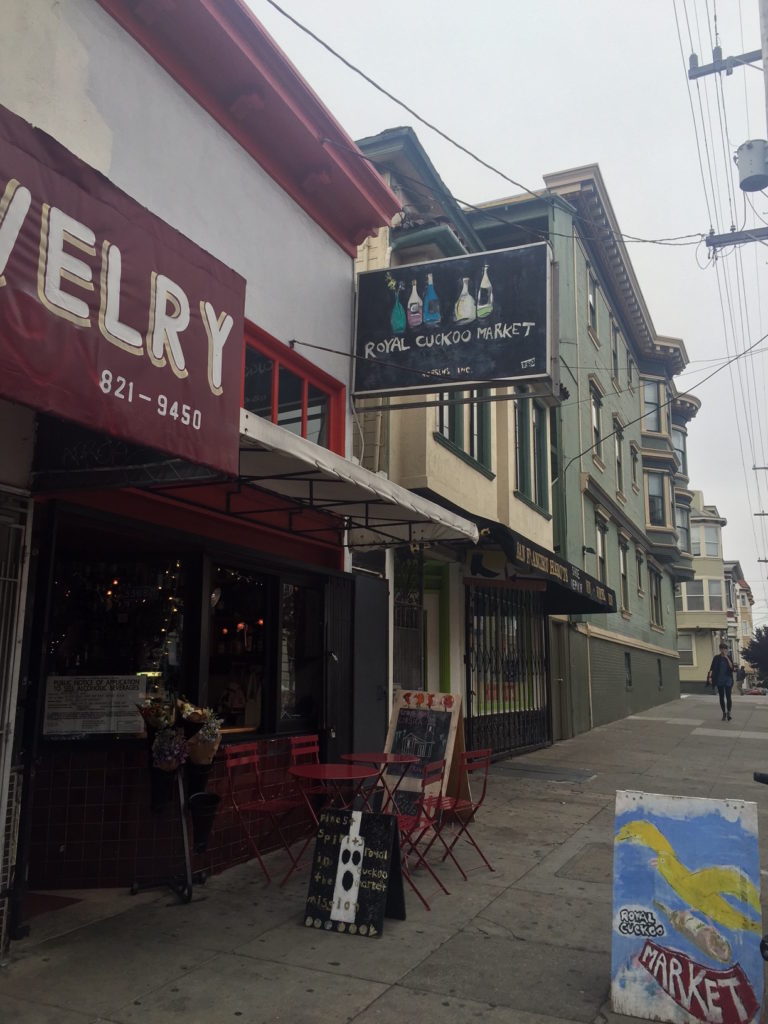 Like its sister bar south of Cesar Chavez, the Royal Cuckoo Market wants you to stick around for a drink or two.

Known for its array of fancy liquor, the tiny market is pursuing a beer and wine license which, if approved, would allow them to start serving in the store.

Although letters have been sent to neighbors and a California Department of Alcoholic Beverage Control already hangs in the store’s front window, owner Paul Miller wrote in an email that the process could still take months – if they get the approval at all.

Hi and yes we are planning on serving beer and wine along with what we already do but until we get approval from the authorities it’s just a poster in the window and a dream.

Opened two years ago in a former Salvadoran convenience store on 19th Street near Capp, the market serves coffee and sells staples like fruit, vegetables, milk and eggs alongside pastries, chocolate and sandwiches.

If Royal Cuckoo’s current booze selection is any indication, whatever they might eventually serve is sure to be a good thing.