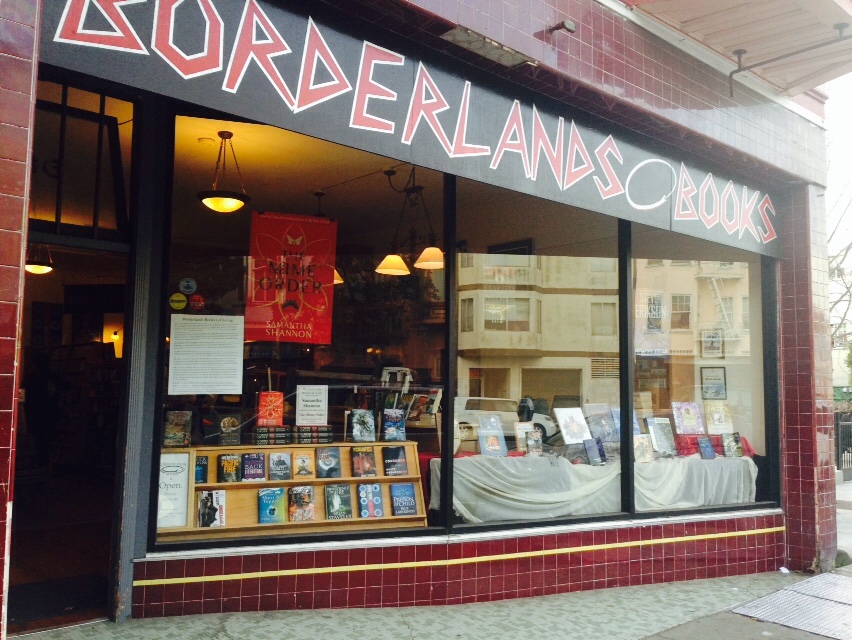 UPDATE (2/24/15): Borderlands Books will be staying open for another year thanks to a new sponsorship drive. According to Mission Local, 300 sponsors stepped up, helping to raise $30,000 which will keep the store open until at least March 31, 2016.

The Mission bookstore, which specializes in science fiction, fantasy, horror and mystery, will shut its doors at 866 Valencia St. sometime in March. The bookstore made the announcement Sunday morning in a blog post that detailed the challenges the business has faced and overcome in 18 years of business. According to the post, the store was making a small profit but could not cover the increased wages because adjusting book prices is not an option.

So it fills us with sorrow and horror to say that we will be closing very soon. In November, San Francisco voters overwhelmingly passed a measure that will increase the minimum wage within the city to $15 per hour by 2018.  Although all of us at Borderlands support the concept of a living wage in principal and we believe that it’s possible that the new law will be good for San Francisco — Borderlands Books as it exists is not a financially viable business if subject to that minimum wage. 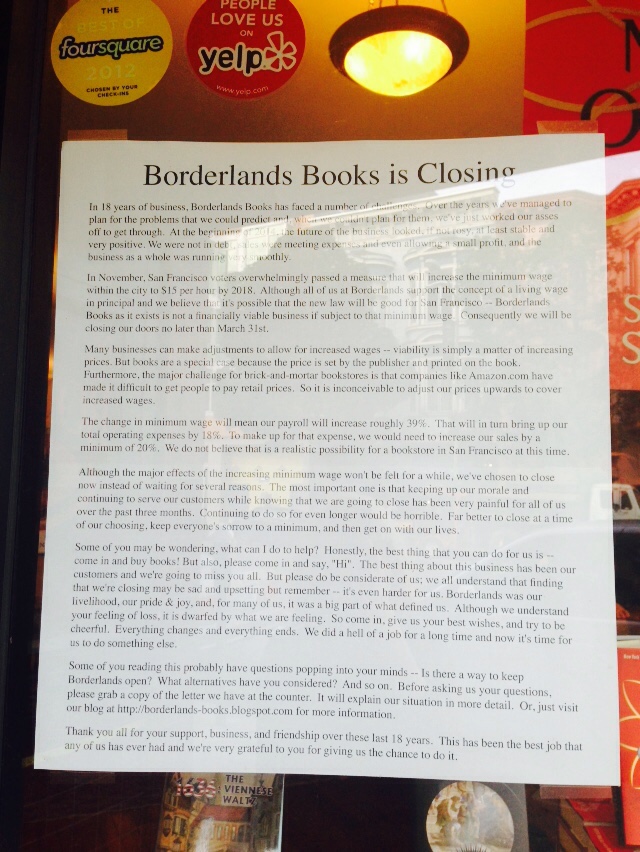 Borderlands Cafe, next to the bookstore at 870 Valencia Street, will remain open at least until the end of the year.

The news comes just days after Mission Local reported that specialty book retailer Vahalla Books on Mission Street was going out of business.