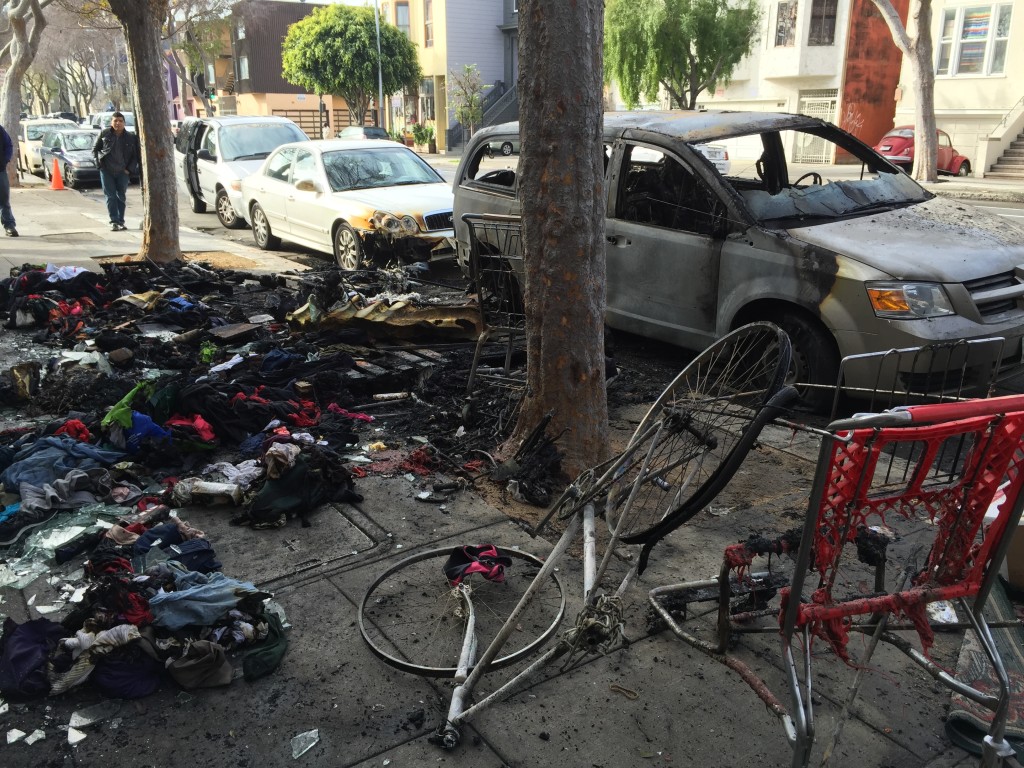 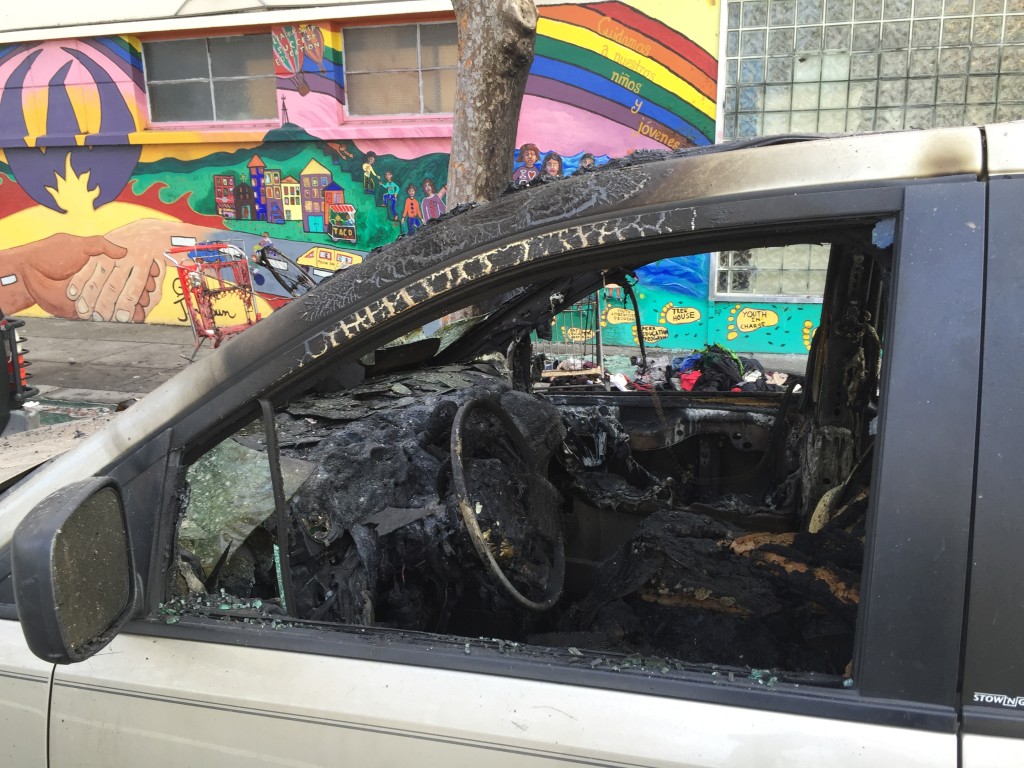 Authorities are investigating a suspicious fire in the Mission early Wednesday morning that damaged three cars, destroyed a tent and scorched the side of an adjacent building.

The fire broke out some time before 3:15 a.m. on Folsom Street, near 22nd, according to San Francisco Fire Department spokesman Jonathan Baxter. One of the cars was destroyed, while the two other cars and the building sustained moderate damage.

No one was injured or displaced by the fire, Baxter said.