Stopped in to say ‘high?’ Amazon pot comedy wrapping up filming in the Mission 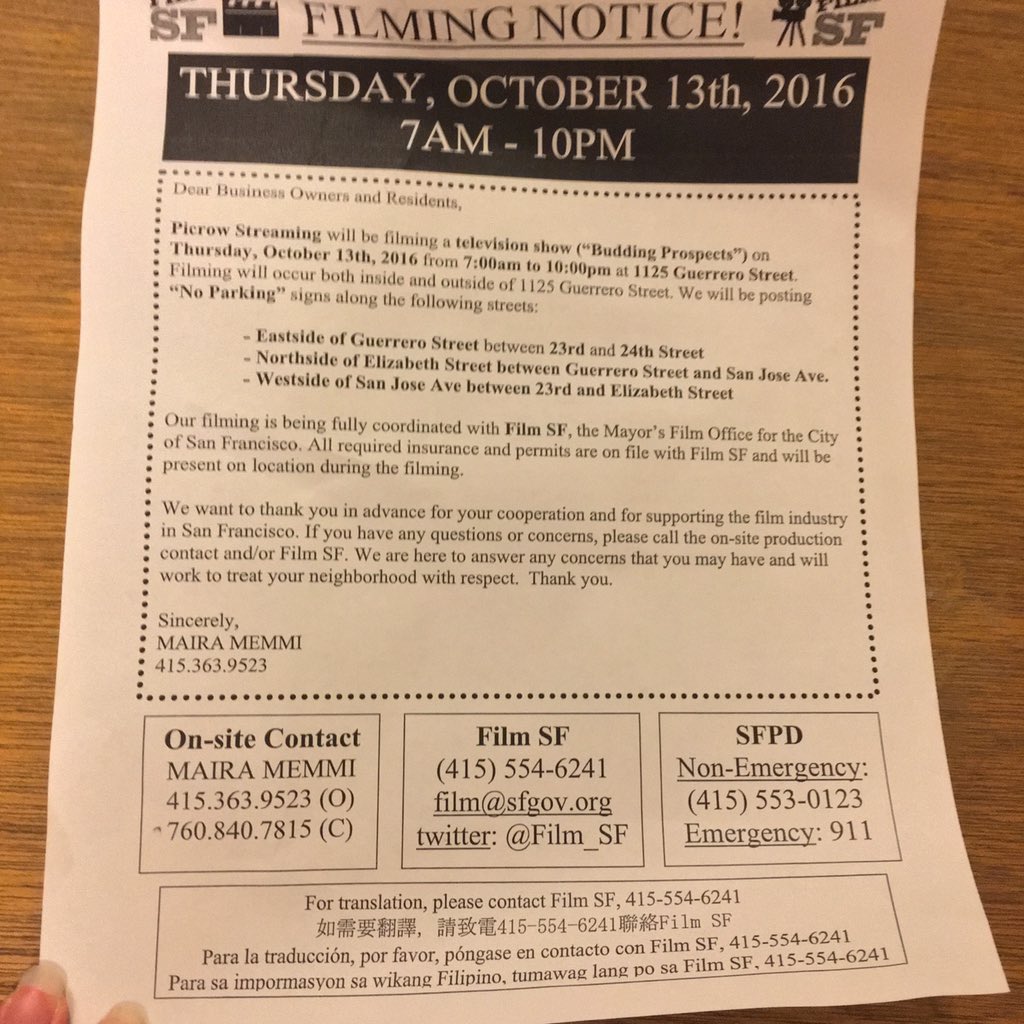 The Mission has been a bit greener as of late.  Crews have been filming the pilot for Amazon’s pot-themed comedy ‘Budding Prospects’ has been taking place in various Mission locations since the beginning of the month and wraps up today in the neighborhood.

Budding Prospects, based on the book of the same name by T.C. Boyle, began shooting in the city on Oct. 4 in locations including Taqueria Vallarta and the Blind Cat bar on 24th Street,  Bernal Heights and Hunter’s Point, according to Susannah Greason Robbins, executive director of the San Francisco Film  Commission. Today, filming is taking place in the building at 1125 Guerrero St., near 24th.

The show is being directed by Terry Zwigoff, of Bad Santa fame, and stars former MadTv cast member Will Sasso, according to Deadline, which summarizes the plot as such:

Three hapless city boys move to the country to grow marijuana. Their expectations of the experience being a back-to-the-land, nurturing adventure in a beautiful rustic setting run up against the harsh truth upon their arrival at “The Summer Camp” – a miserably run-down shanty out in the middle of nowhere, where they are bedeviled by rats, snakes, mosquitoes, and harsh, unfriendly growing conditions, noisy neighbors, dangerous locals, and menacing law enforcement.

The show is apparently set in the 1980s. Robbins said she doesn’t know how the Guerrero building fits into the plot but that they are shooting the interior of an apartment there.