Splinter group protests displacement with ‘Take Back the Dyke March’ 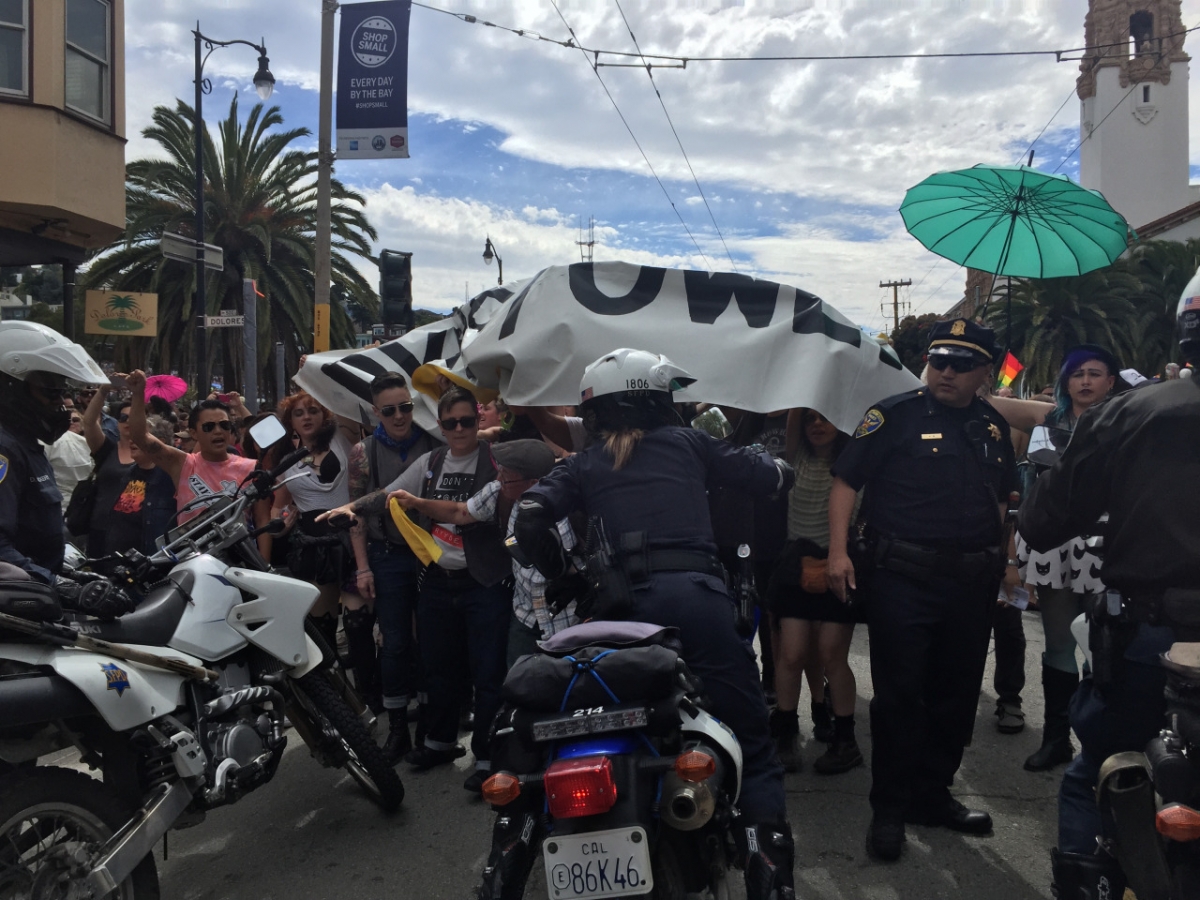 Angered by evictions and changes that brought the annual San Francisco Dyke March down 17th Street this year, hundreds of queer women and their supporters broke off Saturday, surged past police and traveled the march’s original route.

Dyke March organizers cited a number of reasons for the route change including safety issues, the recently completed renovations at Dolores Park and the subsequent closure of the top part of the park as work begins there. Began in 1993, the march has previously taken 18th Street, passing the Women’s Building, before going by the Elbo Room on Valencia Street, formerly a historic lesbian bar Amelia’s.

“At the end of the day, decisions had to be made that prioritized safety,” Dyke March organizers wrote in a post on the event’s Facebook page. “In no way was it an intentional jab at the rich history of Dyke March, of the Women’s Building or the other landmarks on the former route.”

The post also addressed the splinter group directly, saying it is “disheartening that this energy was not directed at supporting Dyke March and our common focus in preserving dyke spaces; it would have been very helpful in the face of the changes and tough decision that had to be made this year.”

Organizers of the splinter march said their demonstration was not a protest against the Dyke March committee but that the route changes come “in the midst of an affordable housing crisis that is displacing our dyke community, friends, and neighbors.

“We learned of the Supreme Court’s decision to legalize gay marriage nationwide at the same time as we are witnessing the foreclosure of our places and traditions of public gathering. Our march is meant to serve as a reminder that the Dyke March and radical queer tradition have always been about the right to public existence, not private privilege.”

During the march Saturday, the splinter group busted past a line of motorcycle cops blocking 18th street, pushed aside barricades further down the street and, as planned, raucously made its way past both the Women’s Building and the Elbo Room where, as in past Pride festivities, the sign had been replaced with “Amelia’s.” Afterward, some of the revelers had one more landmark left on their list. By early evening, an impromptu street party had started in front of the recently shuttered Lexington Club.