Pit Stop program in demand in the Mission, could expand 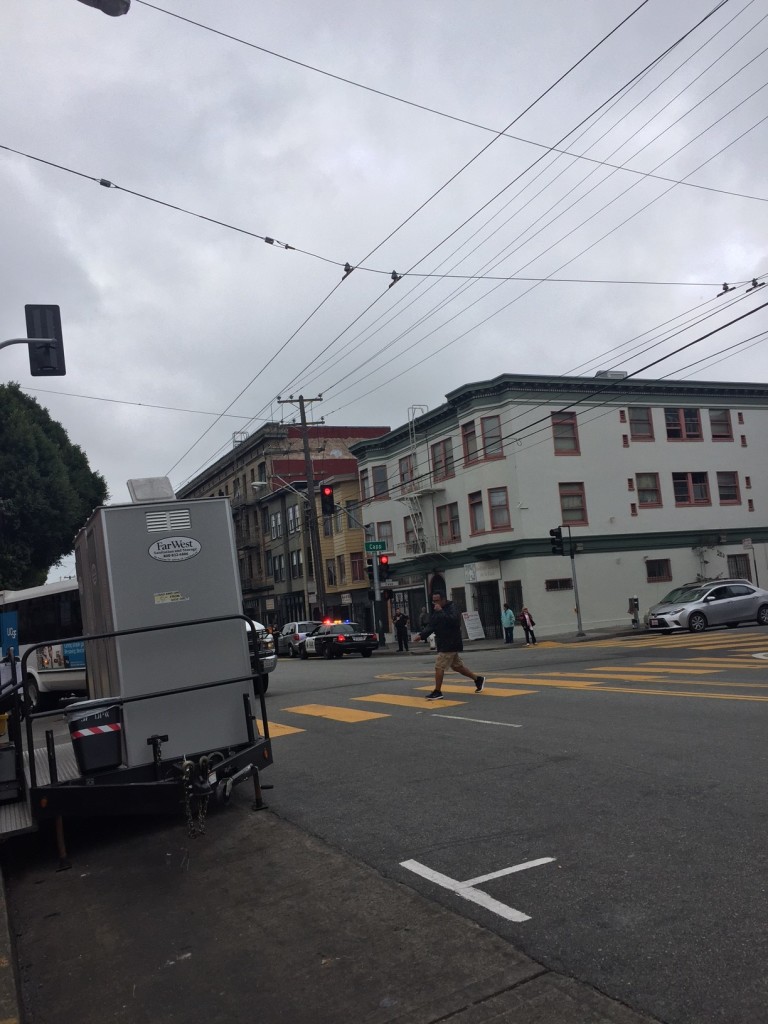 Flush with success in neighborhoods like the Mission, San Francisco’s Pit Stop program, which brings public toilets to some of the city’s most odoriferous areas, could soon become an ongoing thing.

“We are hopeful that the mayor and Board of Supervisors will continue to support the program,” Gordon wrote in an email.

Launched in July 2014, the Pit Stop program brings portable toilets staffed by attendants to areas of the city that have traditionally received the highest numbers of complaints about human waste. The program also provides staff for the city’s green JCDecaux restrooms to make sure they stay clean and usable. There had been problems with people using the automated restrooms to have sex or do drugs.

Currently, there are 11 Pit Stop locations including an automatic toilet near the entrance to 16th and Mission Street BART station and portable toilets at 16th and Capp streets and on Mission near Sycamore Street.

The portables cost about $187,000 annually to operate and the JCDecaux toilets $215,000, depending on the number of days and hours a day they’re available, Gordon said. Public Works is asking for $1.2 million for each of the next two years to maintain and staff the existing Pit Stop locations. It wants an additional $1.5 million in 2016-17 and $1.6 million in 2017-18 to essentially double the number of Pit Stop locations.

The Mission location near Sycamore Street was just added in February and is too new to track, but figures provided by Public Works show a steady increase in use at the two 16th Street spots. In July 2015, the month the program came to the Mission, the department logged 2,928 uses of both locations, according to a Public Works analysis. In February, there were 4,192, a 43-percent increase. What’s more, the average monthly requests for steam cleaning appear to have dropped. According to the analysis, which compared a four-month period before the start of Mission Pit Stop with the four-month period from November 2015 to February 2016, requests in the area of both locations dropped 23 percent.

Despite the overall decrease, Public Works did see a spike in requests near Mission and Sycamore streets during that latter time period, which led the agency to establish a new pit stop location there, Gordon noted.

Asked if the program was meeting expectations, Gordon said the agency didn’t have any firm ones.

“We did start with a desire. We knew we had to try something new to deter people from using our streets and sidewalks as toilets,” she said.

Gordon said Public Works wanted to bring toilets to areas where they were needed and make sure the existing JCDecaux toilets were being used for their intended purpose and has “succeeded on both fronts.

“People who need to use a toilet know that the Pit Stop toilets are clean and safe,” she said.