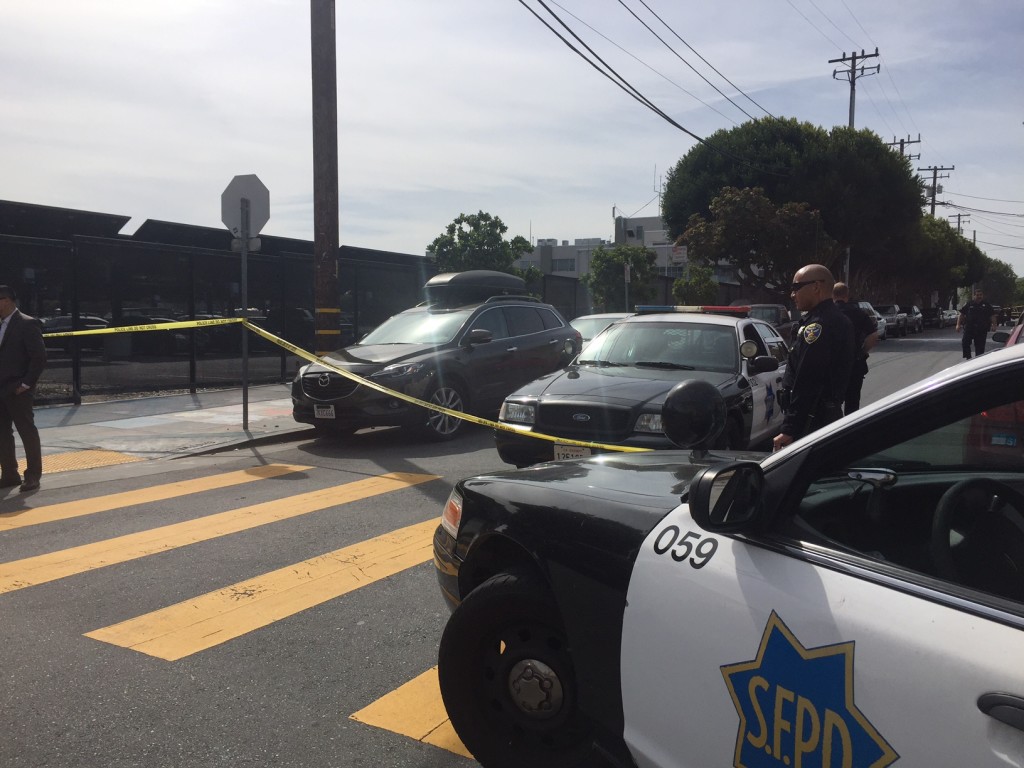 UPDATE 6:20 P.M.: A Shotwell Street resident who apparently witnessed this morning’s shooting gave an account on the social networking site NextDoor that said the man was not acting aggressively. The neighbor, who responded to an initial message from Capp Street Crap this morning but didn’t answer follow up emails seeking more information had this to say in a post to NextDoor:

If you’ve walked down Shotwell, you would have recognized the victim – a Spanish speaker who kicked a ball again the buildings from early morning to late night. He’s never caused us or other residents in our building harm. Interacting with him, one could tell he was mentally challenged.

I heard ‘get on the ground’ and ran to the window. Across the street I could see the victim cowering on the ground while two police officers, one with a rifle pointed at him, approached from at least 30 feet away. To be clear, the victim was crouching on the ground, head down, visibly shaking. There was no visibly aggressive behavior at that time.

Stories by Mission Local and The Guardian also quoted witnesses who said the man didn’t speak English and appeared to not understand what the officers were saying.

UPDATE 2:50 P.M.: Several publications including the San Francisco Chronicle are reporting that the man shot by police has died.

ORIGINAL POST: Officers shot and critically injured a homeless man in the Mission this morning after he threatened them with a knife, police said.

“He charged at the officers with the knife,” Esparza said.

Officers then fired at least seven shots, he said.  The unidentified man was taken to San Francisco General Hospital where he underwent surgery.

#mymission amidst wealth. Crazy homeless people get shot by cops right on my block

Police on Shotwell north of 19th after about half a dozen gunshots pic.twitter.com/sja3XthxCF — Will Alden (@williamalden) April 7, 2016